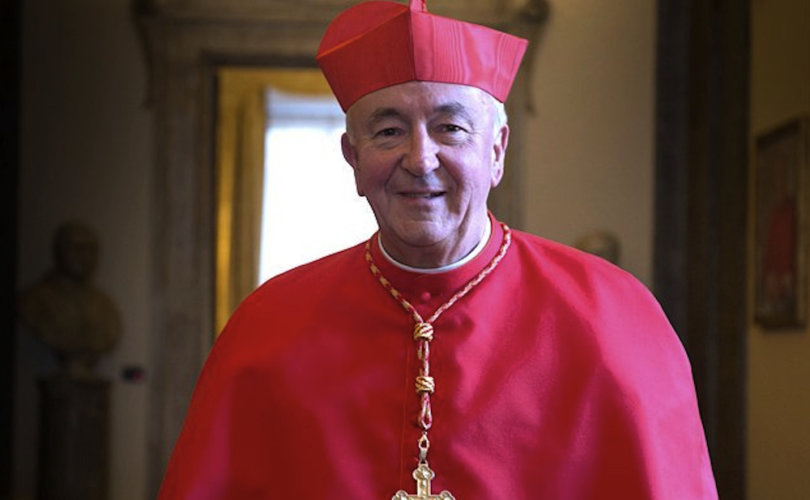 UNITED KINGDOM, October 24, 2017 (LifeSiteNews) — The Catholic bishops of England and Wales and the Catholic bishops of Scotland have issued a joint statement mourning the 50th anniversary of the UK’s Abortion Act. In addition, at least one Scottish archbishop has also written to his own diocese on the topic.

The Abortion Act, passed on Friday, October 27, 1967, is not law in Northern Ireland.

The bishops stated that this anniversary “provides an opportunity to lament the loss of life due to abortion and seek a change of minds and hearts about the good of the child in the womb and the care of mothers who are pregnant.”

The statement says that in 1967 “few envisioned” that “there would be almost 200,000 abortions in Great Britain in 2015.” It also posits that “few consider that abortion is the desirable or best solution to a pregnancy.” Stating that that abortion is a tragedy, the document stresses the possibility of diminished moral culpability on the part of women who choose it and the assurance of forgiveness:

The complex set of conditions in which a woman finds herself pregnant and may consider having an abortion may limit the exercise of freedom and diminish moral culpability. When abortion is the choice made by a woman, the unfailing mercy of God and the promise of forgiveness through the Sacrament of Reconciliation are always available.

However, the bishops argue that the language of “choice” needs “further exploration”:

Choice has come to mean doing whatever I feel to be right for me — a very subjective view of the good — rather than taking into account a wider set of fundamental values. This is a very inadequate understanding of free choice, which requires an education in important truths about what is truly good and the possibility of other options. In this case, these must include the good of the unborn child, care and support for pregnant mothers, and the responsibility of the father.

Alluding to the current situation in the UK, where there is mounting pressure to decriminalize abortion altogether, the bishops are united in their support for professionals conscientiously objecting to abortion:

Personal conscience is inviolable and nobody should be forced to act against his or her properly informed conscience on these matters. We encourage greater debate about this right and these challenges in our society.

The statement includes thanks for those who have worked to protect unborn life and pregnant women from abortion, including mothers who maintained their pregnancies in difficult circumstances.

In addition to this joint statement addressed to British Catholics and to other pro-life people, at least one bishop has prepared a personal address to his own diocese. Archbishop Leo Cushley has written a letter to be read by priests to Catholics attending Mass in his diocese of St. Andrews & Edinburgh on October 29.

In his preamble to these priests, Cushley states that the letter “aims at providing solace and support to those women, men and families affected by abortion while also restating the inalienable rights of our preborn brothers and sisters.”

Cushley informs his Scottish flock that it was a Scottish Member of Parliament, David Steele of Roxburgh, Selkirk and Peebles, who introduced the private member’s bill that became the 1967 Abortion Act. Steele’s stated motive was “to permit the abortion of the preborn in very limited circumstances.”

“Fifty years have past,” wrote Cushley. “In that time nearly 9 million abortions have been performed in the United Kingdom. That’s approximately one in five pregnancies. In fact, by the time you depart Sunday Mass today, over 20 preborn lives will have been terminated somewhere in the UK. As Lord Steele himself recently said, ‘I never envisioned there would be so many abortions’.”

Recognizing that some of the people hearing his letter have lives damaged by abortion, the archbishop assured them of his sympathy, understanding and prayers. He reminded them that “Our Merciful Lord awaits all of us, including you, with arms outstretched, especially in the Sacrament of Reconciliation.” He also recommended the Abortion Recovery and Care Hotline (ARCH) and Project Rachel.