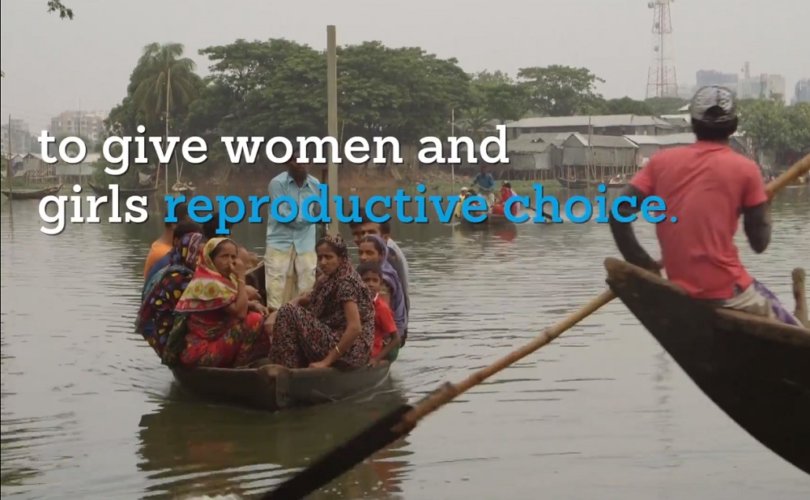 August 19, 2019 (Society for the Protection of Unborn Children) — The Chief Executive of Marie Stopes International, Simon Cooke, was paid an obscene £434,000 in 2018, according to reports released by Companies House.

In 2018, the global abortion giant, Marie Stopes International (MSI), killed 4.8 million unborn children through abortion. During that year, Chief Executive Cooke saw his base salary rise from £173,067 to £217,250. Cooke then received a staggering 100% 'performance bonus', which doubled his earnings.

According to The Times, the amount paid to Cooke in 2018, now ranks him amongst the UK's top five most paid 'charity' executives.

The MSI accounts reveal that in 2018, the abortion giant had a record income of £296.8 million. The single biggest donor was the UK Department for International Development, which paid £48 million of taxpayer money towards the abortion provider.

Marie Stopes International 'Serve More Women And Girls Than Ever Before'

The CEO statement provided by Cooke in the MSI 2018 accounts, appears to attempt to justify his outrageous income. The statement declared that in 2018 the abortion provider was able to 'serve more women and girls than ever before.' The organisation killed 4.8 million unborn children in a year of 'resilience and success', as described by Cooke.

The reputation of Marie Stopes International however, is one far from that of 'success.' Cooke's outrageous income rests upon a sum of scandals.

Despite operating internationally across 37 countries, MSI have been repeatedly accused of operating illegal abortion clinics across African countries. In 2018, the Kenyan Medical Practitioners Board banned Marie Stopes from performing any abortion service. Less than two weeks after this action, the West African Country of Niger ordered the closure of Marie Stopes clinics for facilitating illegal abortions.

According to the publication NC Register, in 2017 a whistle-blower, who was the former manager of an MSI clinic in Uganda, alleged that abortions were 'performed on minors', and that a staff member who was not a doctor would perform abortions whilst a nurse would speak to the patient to distract her from the pain, as a loud radio was played in the background. The former manager said: “As the girl continues to cry and shout, the radio is increased so it distracts the outside from the inside.”

A Catalogue Of Abuse From Marie Stopes United Kingdom

Sadly, these scandals are not exclusive to Marie Stopes International clinics. In 2016, a Care Quality Commission report (CQC), exposed 2,600 safety failings across Marie Stopes clinics in the United Kingdom. A follow-up report stated that across a three month period, Marie Stopes had sent 11 British women to hospital.

SPUC Chief Executive, John Smeaton said: “In the same year in which Marie Stopes International killed over 4 million unborn children, the Chief Executive Simon Cooke, was paid a vulgar £434,000, which included a 100% 'performance bonus.' This reflects strongly that Cooke was financially rewarded for overseeing the death of millions of unborn children, during a year which he himself branded a 'success.' It is truly wicked and abhorrent.”