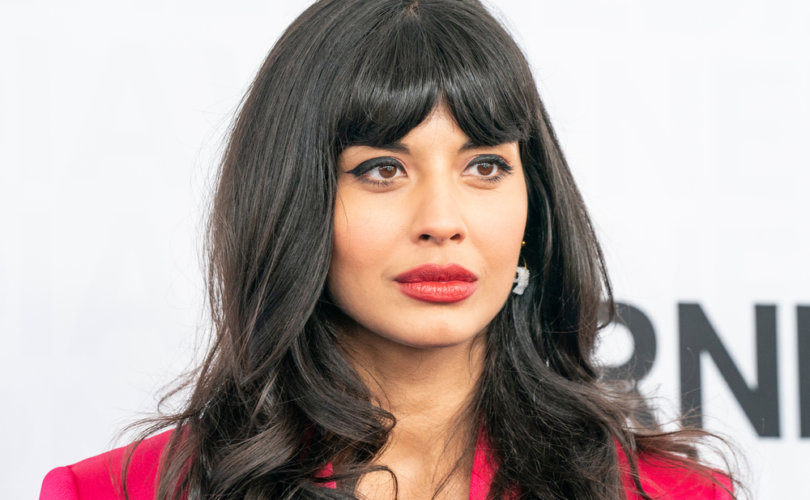 February 24, 2021 (LifeSiteNews) — The British-born TV actress and celebrity Jameela Jamil said she felt only “relief” from her abortion, saying that a baby could “f–king ruin everything if it’s not something that you feel comfortable with.”

Jamil’s video addressed a variety of issues ranging from life in Hollywood, to expressing her support for sexual acts with multiple people, and closing with her views on abortion, including aborting her own child.

“I didn’t want a baby; I would have hugely resented a baby at that time,” stated Jamil, before mentioning how she did not want her “dreams” to be affected in any way by having a baby.

Jamil has previously spoken out about her abortion. In since-deleted tweets, Jamil wrote in 2019 that her abortion somehow benefited the baby who was killed, as well as her. “I had an abortion when I was young, and it was the best decision I have ever made. Both for me and for the baby I didn’t want.”

In the latest video on her YouTube channel, Jamil advocated for abortion, not simply for women who felt they had a “super dramatic reason,” but simply because they “didn’t want a baby.”

Having a baby, could “just f–king ruin everything if it’s not something that you feel comfortable with and that you are ready for,” she claimed.

The actress stated that she felt “no shame whatsoever about having had my abortion,” before continuing by attacking people who disagreed with her on the morality of abortion. “They’re wrong; they’re stupid, and they are ar—-les.”

“I’m not sorry, it wasn’t wrong. Best thing I’ve ever done and my life is a million times better for that decision. And if I choose to one day have babies, I’m so glad that will be my choice.”

She ignored the possibility of adoption and made no mention of the significant detrimental effects which abortion has on the mother. Research continues to highlight those (often ignored) effects. A study conducted by the Franciscan University of Steubenville pointed to significant negative biological and behavioral consequences which resulted from abortion.

Worrying statistics from 2013 have also shown that the suicide rates among mothers who abort their children are six times as high as those who give birth. The figures also noted that 65% of women suffered symptoms of Post-Traumatic Stress Disorder (PTSD) after abortion.

Jamil’s outspoken defense of abortion and attack on pro-lifers is not without precedent, however. Following her Harper’s Bazaar interview in 2019, in which she spoke strongly for abortion, Jamil delivered another tirade aimed specifically at pro-life Twitter users, calling them “clueless.”

“I SAID WHAT I F‑‑‑‑‑‑ SAID and you’re clueless if you think I’m going to take it back. My life *is* more important to me than an unborn fetus’ one. Suck on that,” she wrote.

Jamil’s pattern of intolerance continued last year, when she canceled a planned interview with the conservative activist Candace Owens, after Owens made comments on transgender issues. Owens had commented on a news headline of a “transgender man” (i.e., a biological woman) giving birth, saying, “only women can get pregnant and only men can impregnate them.”

Jamil subsequently revoked the interview invitation, saying that she had a transgender member of staff, and that “nothing is worth my friends and coworkers feeling unsafe.”