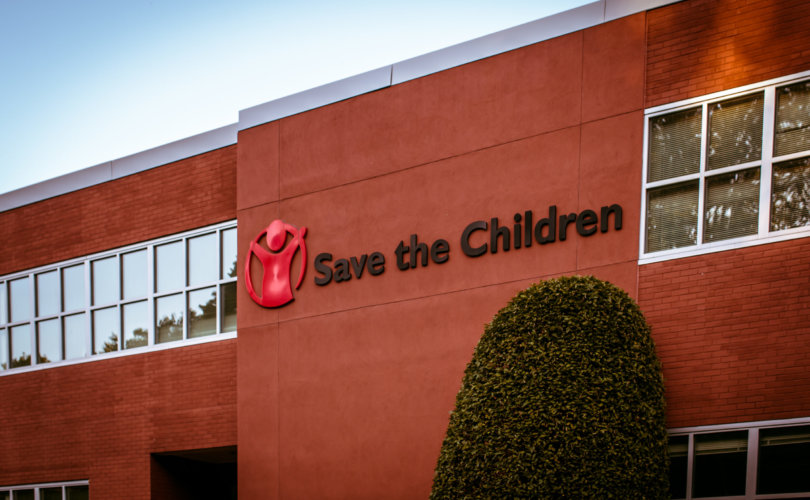 (LifeSiteNews) – An international children’s charity ostensibly dedicated to saving children’s lives by providing humanitarian aid and promoting their basic rights is actively engaged in supporting the most common methods of contraception, including those which can result in abortions.

Despite its name, British charity Save the Children, established in 1919, promotes contraception by many of the most widely known and utilized means, including the pill, which is an abortifacient drug, as well as use of IUD devices and even elective sterilization, the Lepanto Institute reported.

According to the charity’s website, a section describing their “work in adolescent sexual and reproductive health” explains that the organization funds access to “comprehensive sexuality education and contraception” for children as young as 10 years of age across the globe.

The charity emphasizes its provision of a “full range of contraceptive methods” to adolescents in areas where health providers are “unwilling or uncomfortable” when it comes to dispensing contraception, especially to children.

“Comprehensive sexuality education and contraception is part of this life planning and adolescents need the knowledge and skills to delay and space pregnancies as they become sexually active and plan their futures,” Save the Children claims.

Consequently, the children’s charity “focuses on clinic and community based strategies to increase access to contraception for unmarried as well as married girls and boys.”

Among the contraceptive methods provided by Save the Children are vasectomies and tubal ligations, the latter of which is often an irreversible sterilization procedure, fraught with many dangers and potential health complications thereafter.

The Lepanto Institute noted that an instructional material produced by Save the Children and intended for adolescent girls stresses the use of contraception while rating available methods of contraception from least to most “effective.”

Additionally, the organization has been responsible for spreading the contraceptive doctrine across Africa, including in Guinea, where Save the Children influenced the government to sanction the use of injectable contraception (which was previously forbidden), and in Ethiopia, where the charity implemented an outreach program to teens to “improve knowledge about sexual reproductive health and … to increase access to good-quality services, including contraception.”

The charity also targeted Uganda with its pro-contraceptive agenda, organizing the distribution of numerous contraceptive materials, including injectable contraception, according to the U.S. Agency for International Development (USAID), which has funded Save the Children projects around the world.

Save the Children has a long record of support not only for artificial contraception, but of abortion too, often framing the anti-life measures as “human rights.”

Their 2012 report, which was titled “Every woman’s right: how family planning saves children’s lives,” was produced in anticipation of a London Summit on Family Planning the same year, a central theme of which was population control.

One year prior, a Save the Children spokesman said that while the organization does not directly provide abortions, that the charity holds that there are “circumstances when a woman must have the right to seek a safe abortion … We do promote the use of and access to contraception including the morning after pill.”

LifeSiteNews reached out to Save the Children for clarification on its current position regarding abortion and the use of abortifacient contraceptive methods, such as those listed in its materials for adolescents. No reply was received before publication.

As a result of Save the Children’s “unwavering promotion” of immoral contraceptive and abortive pregnancy avoidance tactics, the Lepanto Institute asserted that “no Christian could ever, in good conscience, support, provide funds or a clean image for this organization.”