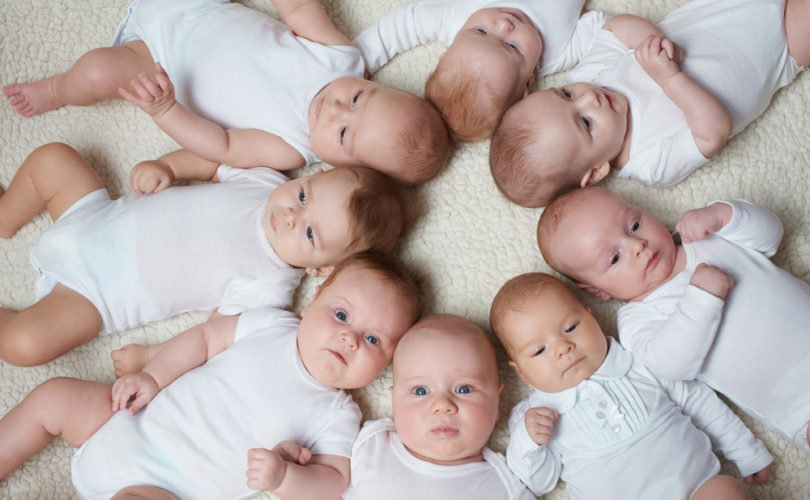 January 19, 2016 (BioEdge) — Another chapter in the Wild West of reproductive technology: the British man who has fathered 800 children and hopes to reach 1000. Simon Watson, 41, has been helping desperate women for 16 years. Married twice, with three children of his own, he advertises his services on Facebook.

Bertold Wiesner, an obstetrician in London in the 1940s, was the father of about 600 children at his own fertility clinic, but it now appears that Mr Watson has beaten him.

“Usually one [baby] a week pops out. I reckon I've got about 800 so far, so within four years I'd like to crack 1,000,” he told the BBC. “I've got kids all the way from Spain to Taiwan, so many countries. I'd like to get the world record ever, make sure no-one's going to break it, get as many as possible.” Sperm donors at a conventional IVF clinic are limited to 10 children.

Typically Mr Watson meets his clients at a petrol station and hands over his donation. He charges 50 Pounds. “If you go to a fertility clinic people have to go through lots of hurdles – counselling sessions, huge amounts of tests and then charge absolute fortunes for the service – but realistically if you've got a private donor you can just go and see them, meet them somewhere, get what you want and just go,” he explained.

Mr Watson’s business is not illegal in the UK, but his clients risk sexually transmitted diseases and birth defects – apart from the fact that their child will not have a father.

“There are too many occurrences where in other circumstances it would be called sexual harassment or rape.” She says that sentimental talk about helping women to become pregnant is claptrap. “If you strip it down to bare facts, you have a man who for whatever reason feels they need to impregnate over 500 women, you have women who are comfortable knowing their children have 500 half siblings, in another setting people would be appalled. They would ask questions, find it very disturbing.”

Mr Watson is looking for a girlfriend at the moment, but finds that listing his profession as “sperm donor” is a turn-off for most women.