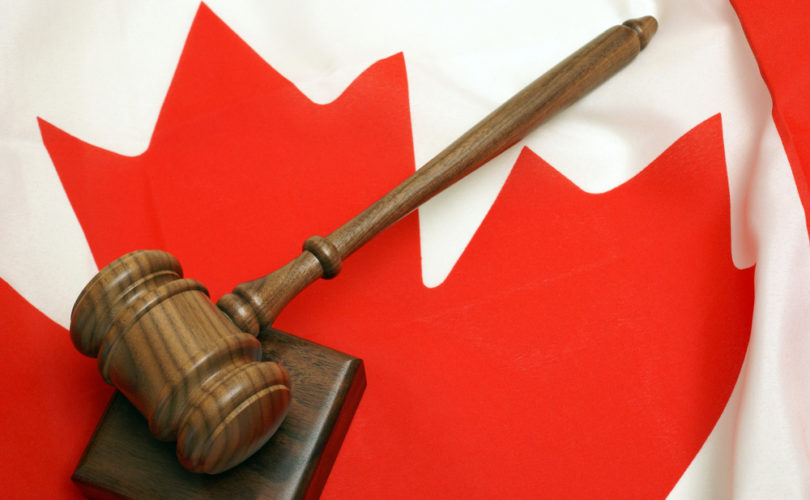 VANCOUVER, British Columbia, January 7, 2016 (LifeSiteNews) –British Columbia's law society is appealing the decision of a panel of judges ordering the society to accept Trinity Western University's plan for a law school. The law society at first accepted the Evangelical Christian school's proposal, then rejected it last year because it requires all students to pledge to follow Christian moral precepts. This discriminates against homosexuals in the law society's view.

Trinity Western expressed disappointment but not surprise. “We had hoped the Law Society of B.C. would let Chief Justice Hinkson's decision stand, but we were prepared for an appeal,” said Earl Phillips, the executive director of TWU's proposed School of Law. “The decision to approve a law school graduate must be based not on the personal views of society members, but on the law and evidence. For this reason, we believe the court will continue to rule in favour of TWU.”

While most law societies in Canada have approved the plan and accepted in advance that TWU law grads are qualified to practice in their province, Ontario's, British Columbia's, and Nova Scotia's have not, on the grounds that homosexual rights trump the religious rights of TWU and its students. All three decisions were appealed, and the Nova Scotia and B.C. courts ruled for the school, while Ontario's sided with the province's law society.

Guy Safford, TWU's spokesman on the issue, has stated that he expected the issue to be appealed at every level by both sides until it reached the Supreme Court of Canada. The Supreme Court ruled in TWU's favor in a very similar case in 2001, when the B.C. College of Teachers refused to accredit graduates of TWU's then fledgling education faculty because of the school' s alleged bias against homosexuals.

The Supreme Court found that the college had no evidence that TWU-trained teachers would discriminate against homosexual students, nor have there been any such allegations since then.

The law schools are not arguing that TWU lawyers would discriminate against homosexuals, but claim instead that by accepting TWU grads, they would implicitly be violating their own support for equality rights for homosexuals.

David Crossin, president of the B.C. Law Society, said the case “raise[s] issues regarding two competing Charter rights and values: the equality rights of the LGBTQ community and the position taken by TWU concerning religious freedom.”

The B.C. court found that the society's ruling council, called “the Benchers,” was correct in first approving TWU's law school and should not have changed its finding because of two votes taken by the membership of the law society at large, which went overwhelmingly against the Christian school. The court also found that the membership did not give sufficient weight to TWU's religious rights in taking its votes. Countered Crossin: “We respectfully maintain that it was proper for the Benchers to conclude that the voice of our members is important and that we should be guided by that voice on this issue.”

TWU spokesperson Amy Robertson said Christian believers should not be banned from any professions. “People from many different faith communities have long been a valuable part of the Canadian landscape, including the legal profession. TWU graduates are well-respected in the marketplace, and they're practicing law, teaching in the public school system, operating successful corporations, and working as nurses while treating all people with the utmost compassion, respect and integrity.”

Robertson added that the school's contentious community covenant did not prevent members of the “LGBTQ” community from attending TWU, and several did so. “We welcome everyone. Loving one another is one of the most important parts of our faith.”