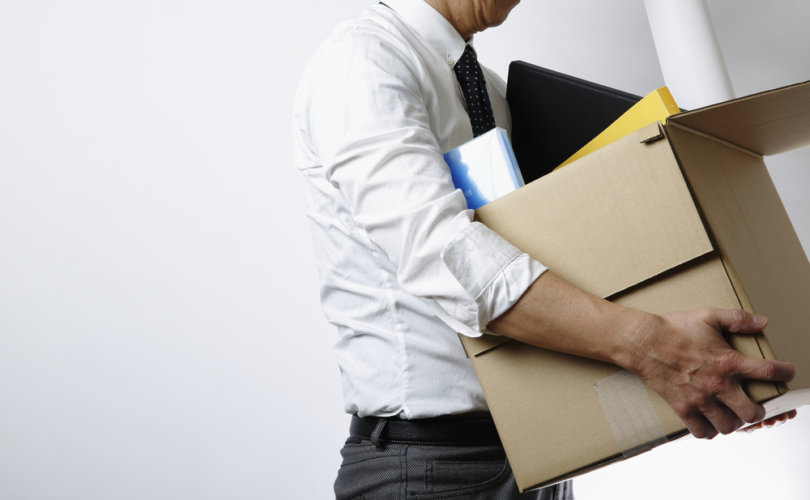 VICTORIA, British Columbia (LifeSiteNews) — The Canadian province of British Columbia issued an order declaring that firing public sector workers for refusing the COVID vaccine is now to be considered termination with “just cause” under the law.

British Columbia Lt. Gov. Janet Austin signed an order on November 19 stating that the government can fire public service workers with “just cause” if they refuse to receive one of the experimental COVID-19 injections. In Canada, being fired with “just cause” disqualifies someone from receiving unemployment benefits.

The order, which amended the Public Service Act of 1996, pronounced that the “COVID-19 Vaccination Policy is a term and condition of employment for employees,” and “If an employee is terminated” under the policy, “the employee is deemed to have been dismissed with just cause.”

The newly handed down order could devastate Canadians economically, as according to the Canadian government, if one is terminated from their job due to their own “misconduct,” which includes a “violation of the obligations set out in his contract of employment,” they are not to receive regular employment insurance (EI) benefits.

BC’s decision follows last month’s statements from Canada’s Employment Minister Carla Qualtrough, who indicated that to her knowledge, Canadians who are fired for refusing the jab will not qualify for EI. That means that if fired, there will be no compensation at all, either by the former employer or by the government.

This point was hotly contested by employment lawyer Paul Champ, who said that “it’s reasonable that some employers may and will terminate employees for not being vaccinated” but “it’s different to say that it’s just cause, meaning you pay them nothing.”

However, in an interview with the Canadian Broadcasting Corporation, Champ did mention that if an amendment were made by the Cabinet to alter the law, that it could be possible to revoke someone’s EI benefits for refusing the injections.

“If it’s a matter of policy, if they want to strip people from EI benefits, they can do that by statute,” stated Champ.

Despite this, top constitutional rights lawyer Rocco Galati, as well as one of the co-authors of Canada’s Charter of Rights and Freedoms, Brian Peckford, has continuously maintained throughout the so-called pandemic that any vaccine mandate handed down by the government is a violation of each citizens’ inalienable rights, and therefore “unenforceable” under the law.

“You have a right to freedom; you have a right to your security as a person. In other words, these injections are completely beyond the scope of the Charter and are illegal or unconstitutional,” Peckford said in a seminar earlier this month, mentioning each citizen’s protected rights to life, liberty, and security of the person under Section 7 of the Charter.

“I have a constitutional right to not have a medical treatment forced on me,” stated Galati, invoking Section 7 rights, as well as the right to be protected against discrimination under Section 15, and the rights to freedom of religion and conscience under Section 2. “Who decides [what medical treatments you have to take], you or the state? It has got to be you or else we’re back to Nazi Germany.”