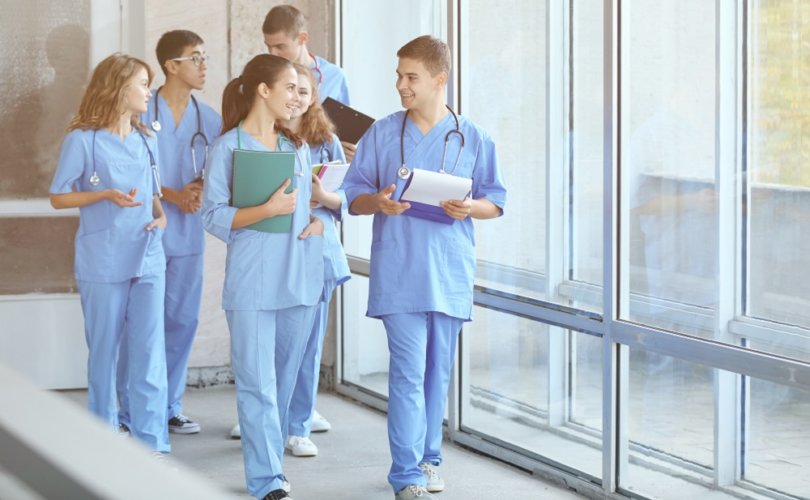 VICTORIA, British Columbia (LifeSiteNews) — Amid a nursing staff shortage, British Columbia says it will make it easier for foreign nurses to get licensed instead of letting unvaccinated nurses return to work.

During a press conference on Tuesday, B.C. Health Minister Adrian Dix announced that the province is looking into ways to expedite the registration and licensing process for internationally educated nurses in order to combat the ongoing worker shortage. Despite the desperate need for nurses, the healthcare system is maintaining its policy that those fired over their COVID-19 vaccine status will still not be allowed to return to work.

“Our government is committed to addressing the province’s demand for nurses. That’s why we’re launching this comprehensive suite of supports for internationally educated nurses to help them put their skills to use here in BC,” Dix said.

“Removing some financial barriers and streamlining the assessment process will facilitate pathways to employment in the province and ensure British Columbians have access to the healthcare they deserve with even more nurses and healthcare assistants,” added Dix, referencing that the province has now allocated $12 million in taxpayer money to fund the effort.

While provincial health officer Dr. Bonnie Henry rescinded the vaccine passport system for the public in early April, announcing B.C. is “in a place where we can go from mandated requirements to managing our own health,” she has nonetheless doubled down on the mandate for public healthcare workers despite the shortage as recently as March.

Since then, the Justice Centre for Constitutional Freedoms, a pro-bono legal group, announced that they have filed a lawsuit in BC Supreme Court on behalf of several healthcare workers who have lost their jobs because of Henry’s orders.

According to the JCCF press release, BC’s mandate did not allow for exemptions on religious or conscience grounds, and the medical exemptions were so narrow that one would have to have an adverse reaction to the first dose of the injection to be exempt from the second.

JCCF lawyer Charlene Le Beau says this is a violation of the Canadian Charter of Rights and Freedoms, and that “no Order or legislation outranks and outweighs the Charter’s protection of fundamental freedoms such as freedom of religion and freedom of conscience.”

“It has become clear that the Covid-19 vaccines do not prevent infection or transmission. In addition, the BC Covid Therapeutics Committee states natural immunity is the same as having had two doses of a Covid-19 vaccine. Given these facts, ostracizing Canadians for their constitutionally-protected personal medical choices is clearly an unjustifiable act of discrimination and a violation of the Charter,” Ms. Le Beau stated.

“We depended on these hard-working health care workers throughout the first year of Covid and there were no vaccines available. To fire them from their jobs now because they exercise bodily autonomy or have objections to the vaccines based on their beliefs, is an act of two-faced hypocrisy and a betrayal of those workers who have sacrificed so much for Canadians,” the lawyer added.