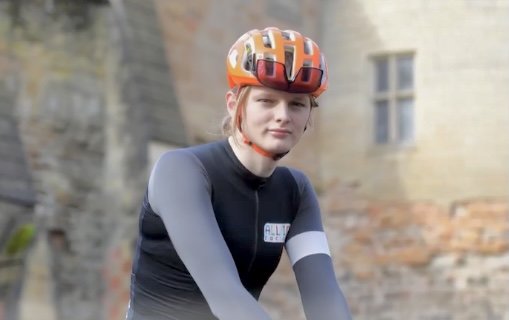 (LifeSiteNews) – Transgender cyclist Zach “Emily” Bridges is now barred from British Cycling competitions after the suspension of its “Transgender and Non-binary Participation Policy.”

The British Cycling Board of Directors voted April 6 to suspend their policy’s permission to transgender cyclists to compete under certain conditions, citing concerns of unfairness to women in the sport. The group indicated it will conduct a “full review” of the policy to be “initiated in the coming weeks.”

The announcement closely follows a statement by UK Prime Minister Boris Johnson that biological men should not be competing against women in sports, as well as the signing of a letter to the Union Cycliste Internationale (UCI) by more than 650 sports figures, including one of British Cycling’s most senior officials, urging the international group to revoke the eligibility of “trans women” to compete in female sports unless UCI could provide “robust scientific evidence that the rule guarantees fairness for female athletes.”

Bridges was slated to compete in the National Omnium Championships on April 2 but was forced to withdraw after governing body UCI informed British Cycling that he was ineligible to compete under UCI guidelines.

The notice also pointed to “concerns regarding the extent to which” their policy aligned with the Sports Councils’ Equality Group Guidance, published in 2021.

The policy suspension will not affect participation of transgender cyclists in non-competitive activities.

Bridges’ mother has since warned that she and her son will “take action” regarding the decision, and called British Cycling’s treatment of trans athletes “appalling,” according to The Telegraph.

Sponsor Pete Stanton has also pulled funds from one of the British Cycling’s National Road Series events in protest of the suspension of its transgender policy.

UCI’s current rules allow a biological male to compete with women if their testosterone levels remain under a specified threshold for at least a year.

Online magazine Quillette has pointed to two academic studies that show biological men still hold an unfair advantage over women even after a year of testosterone suppression since, for example, their “muscle mass and strength” are only “minimally reduced” after that period. In fact, these advantages have been shown to remain even after three years of hormone “therapy.”

According to Quillette, the findings led the International Olympic Committee (IOC) to declare last year that the policy guidelines it issued in 2015 for the participation of transgender athletes are “not fit for purpose.” The IOC later issued a new policy that did not provide definitive guidelines for transgender participation in sports but suggested that “each sport and its governing body” decide its own regulations.