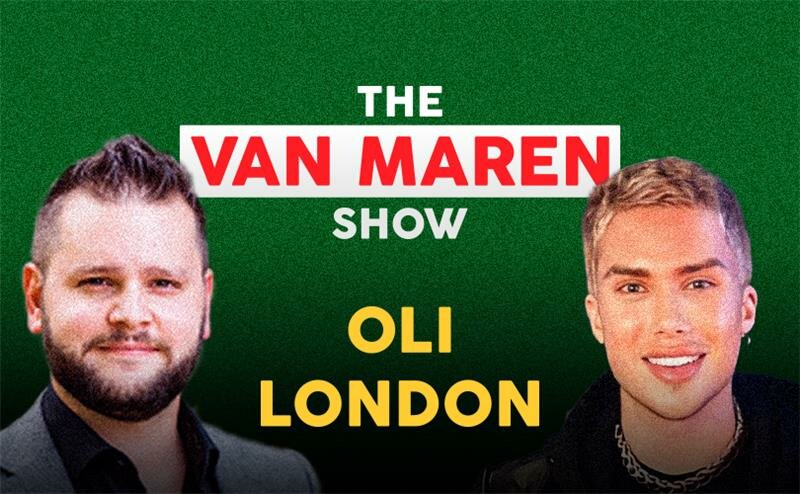 For those who don’t know London, he made waves in 2021 identifying as a non-binary Korean and then later as a Korean woman, making him one of the most high-profile “transgender” people in the world. Now having regretted his “transition,” London is converting to Catholicism and has been working to prevent other people (particularly teenagers and young adults) from giving themselves up to genital mutilation and the transgender lifestyle.

London tells Jonathon that his struggles with identity issues stem from his childhood. He was bullied frequently up through high school; other boys had picked on him for being too feminine. So in that sense, identifying as a woman was London’s way of finally finding acceptance.

Social media played a significant role in London’s decision to “transition,” too.

“When you go on TikTok, you see these trends, influencers, these non-binary influencers, now teaching kids about pronouns, teaching kids to transition: ‘It’s easy. It’s fun. If you feel like you’re a boy and you want to wear a skirt, you must be trans, you must transition and have surgery,'” he says. “So social media can be very toxic. And I think it’s very unregulated.”

London recounts that although he received tons of praise for “coming out as a woman,” he had first received hate for identifying as a Korean. He says he noticed the hypocrisy even back then.

“So I can be one thing, but I can’t be the other?” he says. “But why couldn’t I identify as Korean? What’s the difference? Surely it’s less extreme than trying to change your gender.”

“It wasn’t trolling at all. I was literally doing it to be happy,” he adds. “But it was also challenging this narrative that these people say you can do anything you want and everybody should respect your pronouns, respect who you are. And I was like, ‘Why aren’t these people respecting me? They’re complete hypocrites.'”

Despite 11 surgeries (mostly on his face) and tons of validation on social media and in the press, London tells Jonathon that he came to regret his “transition” because he never truly felt “happy.” In fact, he felt perturbed living in the cycle of getting surgery, feeling unhappy, and thinking what he needed to finally be happy was more surgery.

“It was just like a snowball effect. It was just a never-ending cycle,” he explains. “And then suddenly I took myself out that position. I was like, ‘Why am I even doing this in the first place? I’m kind of destroying myself.’ I was looking back at old photos of myself. I was thinking, ‘Why did I do this?'”

“I posted old photos of me before and everybody says, ‘Oh, you look so much better.’ And I’m thinking, ‘God, I’ve really destroyed myself just to try and feel happy and feel acceptance in society.’ And then there was the moment when I started going to church. I was going quite regularly, and it just made me have some clarity. I was like, ‘You know what? All this surgery is not important. It doesn’t mean anything. It’s what’s inside that counts. If I can have a better connection with God, I can finally find happiness and inner peace. So that really helped turn my life around.'”

For much more from Oli London, listen to this week’s episode of The Van Maren Show below: