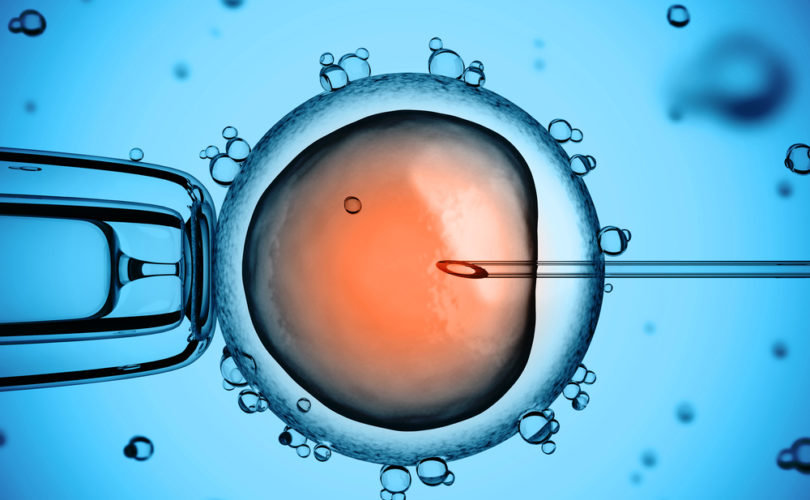 British taxpayers will soon be on the hook for a sperm bank that will allow lesbian and single mothers to create children without the involvement of a father.

As reported by The Daily Mail, for approximately $500 women will be able to find anonymous sperm donors. The database will allow searches for a variety of characteristics, including ethnicity, weight, religion, and hobbies. The sperm bank is being funded by over $120,000 in taxpayer dollars, in addition to approximately $200,000 given to the National Gamete Donation Trust (NGDT).

While critics such as Rochester’s former Anglican bishop, Michael Nazir-Ali, say the bank puts the welfare of the child second to preferences of parents, NGDT's chief executive said that the bank is responding to demand from “same-sex couples and single women.” Laura Witjens also said that “it’s become more socially acceptable to say, I haven’t found a guy yet, don’t want to wait for him, still want a child.’

“The aim,” says Witjens, “is that we will have enough surplus sperm so that we will be able to set up a service for people like single women and same-sex couples.”

Witjens has rejected the idea that not having a father hurts children, and says the government sperm bank will help women who would otherwise use more dangerous private sources.

In a statement included in The Daily Mail's article, Nazir-Ali pointed to the slippery slope of sperm bank-created babies. He asked what would happen “if the process of pregnancy and birth ‘interferes’ with the desired outcomes? Will such babies then be rejected?”

“Research tells us that children relate to their fathers differently than to their mothers, and this is important in developing a sense of their own identity,” Nazir-Ali added.

While he praised single parents for raising children, the bishop said that “there is…a big difference between children growing up without fathers because of death or family breakdown, and actively planning to bring children into the world who will not know one of their biological parents and where such a parent will never be part of the nurture of these children.”

The Daily Mail notes that approximately one-quarter of expected donor participants will be lesbian women. Witjens' goal is to get 1,000 men to donate sperm over the next three years. The bank is expected to save sperm-seeking women hundreds of dollars.