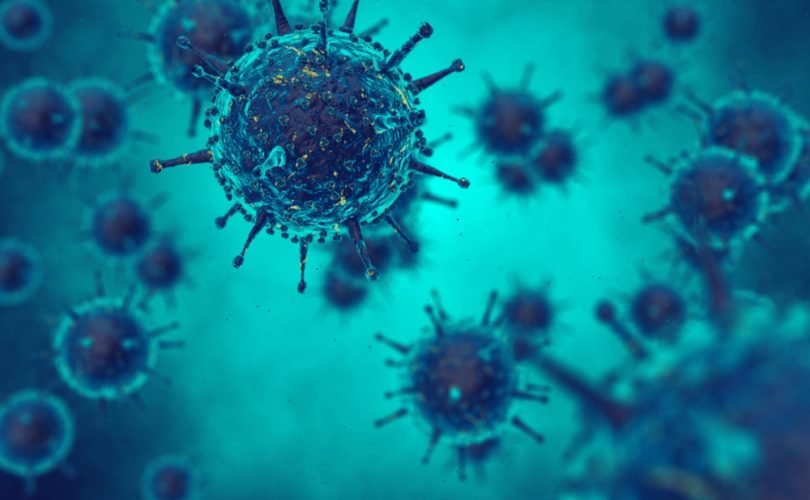 EDINBURGH, Scotland (LifeSiteNews) – A scientific adviser to the British government says he was told to “correct” his views on COVID-19 after criticizing an “implausible” projection of how the virus would spread.

Sky News reported that Professor Mark Woolhouse, an Edinburgh University senior epidemiologist and longtime government adviser on infectious diseases, is speaking out about the fallout from his reaction to a September 2020 presentation from UK chief scientific adviser Sir Patrick Vallance, which said to expect the United Kingdom to see a staggering 50,000 COVID-19 cases per day by mid-October.

“There was a lot wrong with the projection,” Woolhouse told Sky, including a lack of any “reason to expect the epidemic to accelerate suddenly.”

“If this projection had been extended for another week, we would be talking about 100,000 cases per day,” he continued. “Another month would have given us close to half a million. Per day. An exponential projection will give you any number you like if you run it for long enough.”

Fearing that the “implausible” projection would damage the experts’ credibility, Woodhouse recalled that he “quickly posted what was intended to be a reassuring comment through the Science Media Centre saying it was highly unlikely that the UK would see so many reported cases per day by mid-October.” But his input “did not go down well.”

“After a flurry of emails I was invited to ‘correct’ my comments,” he went on. “The invitation was passed on to me by a messenger so I cannot be sure precisely where in the system it originated. A couple of weeks later, I was asked to give evidence to a House of Commons Select Committee. This generated another flurry of emails over an October weekend from two senior government scientists concerned that I might criticize the CSA’s graph before the MPs.”

Nevertheless, on October 31, 2020, ahead of the country’s second lockdown, the government presented another chart predicting 4,000 deaths a day – despite the facts, Woodhouse said, that it “was already inaccurate on the day it was shown” and “that the second wave was already beginning to slow.”

The errors in COVID modeling identified by Woodhouse include fixation on the “R” (reproduction) number, which “only refers to infections, so it doesn’t tell you about the numbers of hospitalizations and deaths, which matter most to the NHS and government”; the fact that the Scientific Pandemic Influenza Group on Modeling was “never asked to model alternatives to lockdown”; and the tendency to operate on the basis of worst-case scenarios without considering how behavioral changes would affect outcomes.

“As one of my colleagues put it, we’ve created a monster,” he lamented, with special regret for “the fact that our strategy to tackle novel coronavirus did such serious harm to children and young adults. We deprived them of their education, jobs and normal existence, as well as damaging their future prospects and leaving them to inherit a record-breaking mountain of public debt. To me, it seems morally wrong.”

Across the western world, evidence suggests that lockdowns were either ineffective at saving lives, or what benefit they offered was outweighed by associated harms.

Last March, the left-wing Associated Press admitted that in America, “California and Florida have experienced almost identical outcomes in COVID-19 case rates,” despite the former imposing some of the most draconian lockdown measures in the country and the latter remaining mostly open, and that the mortality gulf between Connecticut and South Dakota was similarly small despite the wide gulf in their approach to lockdowns.

In April 2021, Simon Fraser University economics professor Douglas Allen published a study that concluded that while lockdowns saved 22,333 years’ worth of lost life they also caused 6.3 million years of lost life, making the policy’s net long-term harm 282 times worse than its benefits, thanks to the combined toll of canceled or delayed care for other medical issues, and the psychological harm of lost jobs and social isolation, among other factors.

In October, another study by Marine Baudin, Jérémie Mercier, and Denis Rancourt attributed much of the U.S. COVID death toll to “persistent chronic psychological stress induced by the long-lasting government-imposed societal and economic transformations during the COVID-era [which] converted the existing societal (poverty), public-health (obesity) and hot-climate risk factors into deadly agents.” Most recently, a meta-analysis published in Johns Hopkins University’s Studies in Applied Economics found that “lockdowns have had little to no effect on COVID-19 mortality” but have “imposed enormous economic and social costs where they have been adopted.”