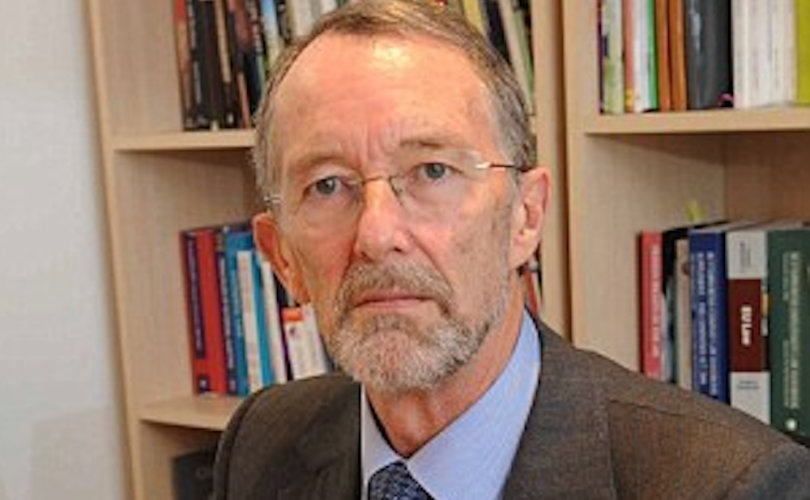 November 22, 2016 (LifeSiteNews) – Former judge Richard Page is suing the National Health Service in England for refusing to consider him for a director’s job he held for four years because he said in court and in the news media that children do better with a father and a mother of different sexes.

“Richard is being driven from the public service,” said Andrea Williams, head of the Christian Legal Centre, “simply for expressing the widely-held, lawful belief that children ideally need a mother and a father.”

Page has also made no bones about being an evangelical Christian who believes homosexual activity is a sin. “This is another of a growing list of cases where Christians are being hammered out of public life simply for expressing their beliefs,” Williams added.

It’s the second time Page has lost his job because of a “thought crime” against political correctness.

Page, 69, worked full time for the NHS before he retired and became a paid member of the NHS Kent-Medway region’s board of directors, a job he held for four years. When his term neared its end this spring, he was suspended by board chairman Andrew Ling and told he would not be rehired. When Page applied to other NHS regions, the national NHS told him he would never be considered.

Lang told Page that the publicity surrounding his comments that children do best with two heterosexual parents, which were made as a judge in an adoption hearing, “will have a negative impact on the Trust, its staff and most importantly its patients.”

At a hearing before the national NHS in August, the decision was confirmed. He was told “it was not in the interests of the health service for you to serve anywhere as a non-executive director in the NHS.”

The controversy began in 2014 when Page, serving as a family court magistrate in an adoption hearing involving a gay couple. “I raised some questions in private with the other judges,” Page told LifeSiteNews, “including that I thought that because a baby comes from a man and a woman it made me think the child would be better off with a father and a mother than with single-sex parents. The other judges didn’t agree at all.”

The judges complained to Page’s bosses about his statement (though well supported by recent studies here and here, while reports to the contrary had been wrongly interpreted), which resulted in his suspension and an subjugation to a daylong re-education session.

But Page committed a second offense against political correctness when he went public, with the help of the Christian Legal Centre, talking extensively to the news media and defending his right to hold Christian beliefs and still be a good judge.

Page’s suspension was ultimately signed off by the Lord Chancellor and the Justice Minister, which is also why Christian Legal Centre is pursuing both dismissals in an employment tribunal rather than the courts. “My legal counsel told me that no judge would dare rule against his bosses,” Page told LifeSiteNews. “I was gobsmacked.”

Page said he was pursuing the case not only because he enjoyed serving as an NHS director but to stand up for other Christians. “I want to publicize the pressure that the government is putting people under to censor themselves or to not apply for government jobs because of their faith.”

He added that there was evidence of a healthy public expression of support from 6,500 people on social media with nary a negative comment.