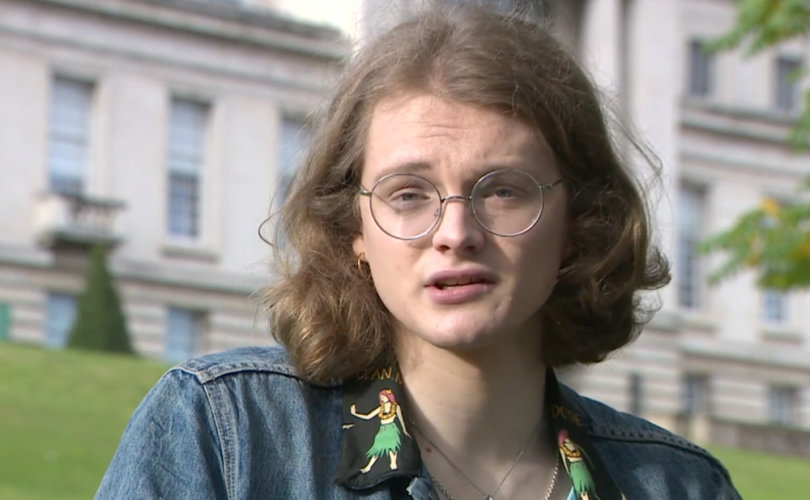 (LifeSiteNews) – A successful male British cyclist announced his intention to compete against women in the 2024 Olympic Games after undergoing medical intervention to drop his testosterone levels as part of his ongoing “gender transition” process.

The 21-year-old now known as “Emily” Bridges, formerly Zach, announced that he is “transgender” in an October 2020 article for SkySports, released on the so-called “coming out” day of that year.

Since then, Bridges has continued to compete against men with varying levels of success, but after taking medication to suppress his testosterone levels, he is now eligible to compete against women, according to new standards set by British Cycling, the sport’s governing body.

The regulations state that, in order to compete against women, a man must provide a “signed declaration” testifying to his supposed femininity, a decision that cannot be changed again until at least four years later.

The only other criterion they must satisfy is to obtain an “attestation from a Medical Professional that the member’s total testosterone level in serum has been below 5 nmol/L for at least 12 months prior to the member’s first competition.” The medical record will have to be updated annually.

The stipulations even cover minor-aged boys, for whom permission to compete as girls requires a signature on the gender declaration from their parent or legal guardian, in addition to the above guidelines.

Women who wish to race against men need only provide a signed declaration of their belief that they are male.

Given Bridges’ hormone therapy, he now satisfies both criteria set out by British Cycling and may now participate in women’s events.

“After starting hormone therapy I didn’t want to race in the male category any more than I had to,” he said. “The plan was always to race against other women.”

“I just want to race and race competitively again,” he said.

While recovering from a broken ankle and concussion in 2019, Bridges said he had a lot of time alone, much of which was spent “thinking about how unhappy I was,” he said.

“Much of this was linked to my body image. I knew deep down that my hatred of my body – or more precisely, its masculinity – was not normal for a cis man. By about October, I started identifying as trans to myself and I knew that if I wanted to be happy, I would have to transition at some point.”

Bridges said that he hopes he “can be a small part of changing the culture for the better and encourage people in the sporting world to fully be themselves” by his supposed gender transition.

Before his decision to attempt to become a woman (and before his injury), Bridges had been a successful cyclist in British amateur competitions while a teenager, achieving the British male junior 25-mile record of just under 47.5 minutes. By comparison, the quickest junior female time in the same year was 52 minutes and 54 seconds, almost 5.5 minutes slower.

A 2020 report in The Telegraph noted that Bridges went on to Britain’s senior academy program for training cyclists for the next Olympics, later being dropped as he “no longer had the potential required.”

Bridges instead went to university, where he revealed his notions of being “transgender” before deciding to ride competitively again.

The move to compete against women has drawn sharp criticism, with many pointing out that Bridges has a natural edge over the women against whom he will compete and, indeed, may win a place on the 2024 Olympic cycling team.

GB News contributor Sophie Corcoran tweeted Sunday that Bridges’ permission to compete in the women’s category is “a joke.”

Trans cyclist Emily bridges will now take part in the female events despite being born a male, Before coming out as trans, Ms Bridges set the Junior Men’s national record for 25 miles in 2018 – two minutes faster than the current national record for adult women.

This is a joke.

However, a spokesman for British Cycling defended the “transgender” policy in comments to the Mail on Sunday, saying the rule “reflects the current evidence available to us” before stating that “more research into this area is required.”

Meanwhile, competitive swimming has been rocked by the success of male athlete William “Lia” Thomas, who has been allowed to compete against women by the National Collegiate Athletic Association (NCAA).

Swimmer Réka György blasted Thomas after he was hailed as the winner of a national championship in Atlanta, where he beat the best female swimmer, Emma Weyant, by almost two seconds.

“Every event that transgender athletes competed in was one spot taken away from biological females,” György wrote in an open letter criticizing the NCAA’s “transgender” policy.

“I’m writing this letter right now in hopes that the NCAA will open their eyes and change these rules in the future. It doesn’t promote our sport in a good way and I think it is disrespectful against the biologically female swimmers who are competing in the NCAA,” she wrote.