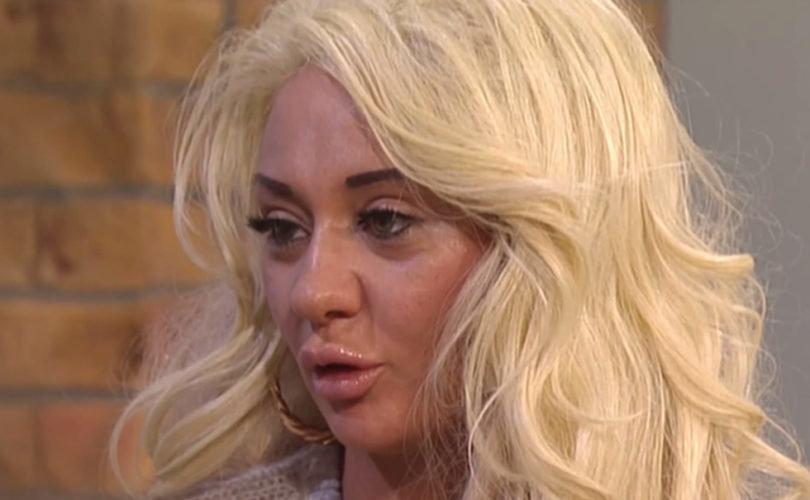 LEEDS, UK, April 28, 2014 (LifeSiteNews.com) – The 23-year-old British woman who planned to abort her child so she could appear on the reality TV show Big Brother says she changed her mind after she felt her baby kick and watched online videos of late-term abortions.

“I just couldn’t do it,” said Josie Cunningham, according to the Sunday Mirror, which reported the story. “I really thought I would be able to but I couldn’t. I’d felt the baby kick for the first time 24 hours earlier and I couldn’t get that feeling out of my head,” said Cunningham, who is 18 weeks pregnant.

“I’d forgotten what the feeling was like. It was magical. It was like the baby was telling me not to go through with it,” she said.

Cunningham had publicly vowed to abort her child in exchange for the potential for television time, defiantly telling the media, “This time next year I won’t have a baby. I’ll be famous instead.”

Cunningham told the Mirror, “I lost control and I wanted to be famous so badly I lost sight of what matters.”

“I was in the taxi driving to the clinic and felt physically sick,” Cunningham said. “When the driver told me we were a minute away I burst into tears. I wanted to throw myself out of the moving car to get away. I had my hands on my bump and I had the strongest feeling I couldn’t let anyone take my baby away.”

Pictures of aborted children also helped change her mind about abortion, perhaps as well as pictures of fetal development.

The Mirror reports that Cunningham watched videos of late-term abortions before her own abortion.

“I’d had so many angry tweets from people telling me to look at pictures of fetuses at 18 or 19 weeks and to understand what I was doing,” she said. “As I lay awake the night before the appointment, I cracked.”

“What I saw horrified me,” she said. “They looked like fully formed babies, and I read there have been 66 cases where aborted fetuses have come out alive because their mothers left the decision so late. I lay in bed and sobbed. Doubts crept in.”

“I think I've been ignorant to all the facts, to everything that's involved in the procedure,” she said. “Definitely.”

According to the Mirror, critics have lambasted the wannabe celebrity, suggesting that her announcement of intending to abort her child and then proclaiming she will not go through with it was all done for publicity.

Many LifeSiteNews readers who commented on the story published last week said they would offer prayers for a change of heart and for the life of her child.

“Wow… this girl needs a lot of prayer!” wrote one LifeSiteNews reader, while another said, “Let us unite in prayer for her and her precious, innocent little baby,” suggesting a prayer attributed to Archbishop Fulton Sheen: “Jesus, Mary and Joseph, we love you very much! We beg you to spare the life of _____________, whom we have spiritually adopted who is in danger of being aborted. Amen.”

While many readers also expressed dismay and sadness over the story, the pro-life prayers for Cunningham and her baby seem to have won the day.

“Now I’ve made this decision I am determined to be a good mother just like I am to my other children,” Cunningham vowed.

‘Nothing will get in my way’: British model to have abortion in hopes of becoming celebrity