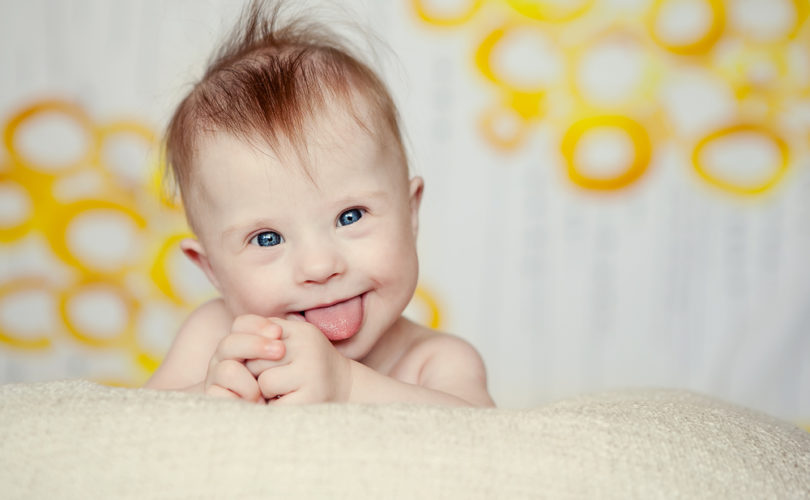 Though the pro-life movement is generally critical of prenatal testing for Down syndrome because of its use for eugenic purposes, even pro-lifers can agree that it at least could be a good thing, since it can prepare a couple mentally and spiritually for a kind of parenting they had not planned on. But for English mother Marlen Von Roth testing “ruined” two pregnancies. She urges parents to forge ahead without the testing, arguing the odds of a DS child are lower than the odds of causing a miscarriage through testing.

Of course Mrs. Von Roth is not like most parents, 90 percent of whom abort their DS children: she told the Daily News she would have had her children regardless.

As it turned out, she never had to make that choice. But she and her husband Paul Freshwater certainly faced it—twice. The 33-year-old account manager and mother of three underwent a routine blood test and an ultrasound at 12 weeks when pregnant with her first two children, and the results in both cases led doctors to indicate her unborn children were at risk of having Down syndrome (a chromosomal abnormality affecting cognitive and physical faculties).

“After being given such drastic news—which turned out to be wrong—I spent my whole pregnancies obsessed my child might not be healthy. I couldn’t just relax and enjoy the process.”

In both cases she says doctors urged her to take a further test, Chorionic Villus Sampling (CVS), which requires a surgeon to remove placental tissue from the womb and allows the detection of a host of genetic defects, but carries at least a one-in-100 chance of causing a miscarriage.

“I refused,” she says, “because by then I’d discovered the risk of miscarriage—around one to two babies in 100—was higher than my chance of having a baby with Down Syndrome” – one in one thousand for a healthy woman in her 20s, as she then was.

Her first child Lukas was born in 2009, DS-free. Two years later the same routine tests predicted a much greater risk of DS, one in 24, for her second child. Even more strongly, medical staff urged a CVS test and “were very negative when I refused. It shocked me how keen they were for me to go in fast for an invasive test that could have caused a miscarriage, simply so I could be reassured. I couldn’t have lived with myself of that had resulted in me losing my precious daughter.”

So when she became pregnant, last year, with her third child, she nixed even the routine test. “Paul and I felt even if we were having a baby with Down’s we would not terminate the pregnancy,” she said. Anna, now eight months, was also born without Down syndrome.

Von Roth urges parents to forego the tests entirely, saying the risk, especially of the invasive CVS test, are not worth whatever reassurance they afford most parents.