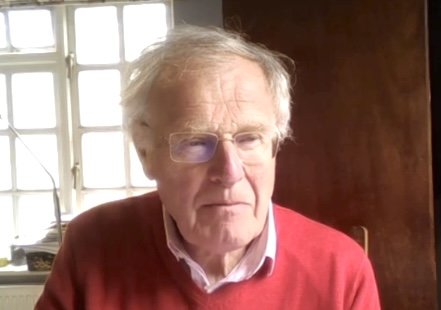 (LifeSiteNews) — A British Member of Parliament (MP) is pushing for his government to recognize, treat, and properly compensate victims of adverse reactions resulting from injections of experimental COVID-19 gene-based vaccines.

Sir Christopher Chope, a Conservative Party MP from Christchurch & East Dorset, was interviewed by UKColumn after an April 11 speech he gave in the UK House of Commons addressing vaccine adverse events and providing sufficient support to the injured.

“I come to this [topic] specifically in relation to helping those people who have suffered adverse reactions to the vaccines,” Chope told host Brian Gerrish.

“Very early on the government made it clear that if there were adverse reactions to the vaccines, then the compensation scheme … for vaccine damage [from 1979] would come into operation,” he explained.

“But as of today, not a single payout has been made under that scheme.”

“And I’m trying to campaign to get that scheme, first of all, under operation effectively and also to ensure that the scheme is amended so it is less arbitrary and more user friendly,” Chope said.

Addressing two objectives of his efforts, the member of the Most Excellent Order of the British Empire said the arbitrary threshold of having to establish a “60% disability” needs attention as “it’s going to be quite difficult for people to know which side of the line they’re on.”

Second, the maximum recovery amount one can receive under the current program is “£120,000, which hasn’t been updated for some 15 years and the government seems to be refusing to update that sum. But obviously, even that sum is going to be far from adequate for people who have suffered a long-term damage to their lives which results in the need for losing their employment and having care givers and so on,” he explained.

Another point of emphasis from Chope was that many of the vaccine injured have little interest in monetary compensation but rather want the UK’s National Health Service (NHS) to “take their medical conditions seriously and to provide them with appropriate diagnostic services and also therapeutic services.”

Chope spoke of the “reluctance in certain areas of the health profession to recognize the condition of people who have suffered as a result of having the vaccines.” Many of these victims “feel they have been ignored,” and thus he received a strong response from general citizens when he addressed these topics in the House of Commons.

The panel went on to discuss the hesitancy of the nation’s Medicines & Healthcare products Regulatory Agency (MHRA) and other government authorities to recognize that for at least a minority of individuals “these vaccines are bad news.”

When the agency seemed to acknowledge that indeed for some, the risks may outweigh any potential benefits, Chope followed up in his capacity as an MP formally asking them “What is being done to alert people to that fact and how people are able to, in a sense, judge their own risk factor in relation to those vaccines?”

Yet, “again, I haven’t received any answers” from MHRA, he lamented.

Since MHRA was releasing weekly statistics on vaccine injuries in an unsearchable PDF format, UKColumn built a webpage to make such information searchable.  According to this COVID-19 Vaccine Analysis Overview site, there have been 450,567 total reports, 1,475,298 adverse reactions, and 2,075 reported deaths.  As is the case with the U.S. VAERS system, studies have shown that only a fraction of total adverse events (perhaps 10 percent) are reported on these passive systems.

Asked what British citizens can do to assist his efforts, Chope said, “People are going to have to try and get their members of parliament engaged in this [effort],” help with publicity on these issues, and persist when demanding answers from government agencies.