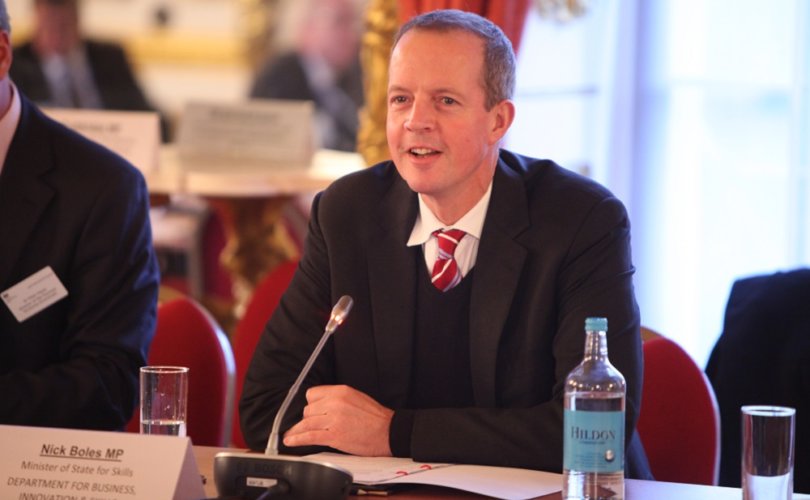 June 28, 2019 (Society for the Protection of Unborn Children) — A debate on assisted dying is to take place next week in the House of Commons. The debate has been brought forward by Nick Boles MP (Independent Progressive Conservative, Grantham and Stamford) and will take place on Tuesday 4 July.

The debate will be on the functioning of the existing law relating to assisted dying, and no division is expected.

However, John Deighan, Deputy CEO of SPUC, said that the debate still needs to be taken seriously: “This motion is part of a concerted campaign to legalise assisted suicide,” he explained. “Mr Boles has said himself that he hopes it will lead to a Private Member's Bill. In the last few days we have also seen moves for medical bodies to drop their historic opposition to doctors helping patients to end their lives.”

SPUC is calling on members to write to their MPs as a matter of urgency. This document briefing (94 KB) sets out how to do so.

The last Private Member's Bill which aimed to legalise assisted dying was the Marris Bill in 2015, which was soundly defeated by 330 votes to 118. However, if Mr Boles or any other MP receives a majority for a bill, there could well be moves to introduce assisted dying into a Government Bill, which could reach the statute book.

Mr Deighan said that there were good reasons why the Marris Bill was defeated. “The current law protects every citizen, especially the elderly, sick and disabled. Offering people the choice to end their lives creates unacceptable pressure for them to choose death. This can be seen in jurisdictions where it is legal — for example, in Washington State, 56% of people who were killed by assisted dying said a reason behind it was being a burden on family, friends and caregivers.”