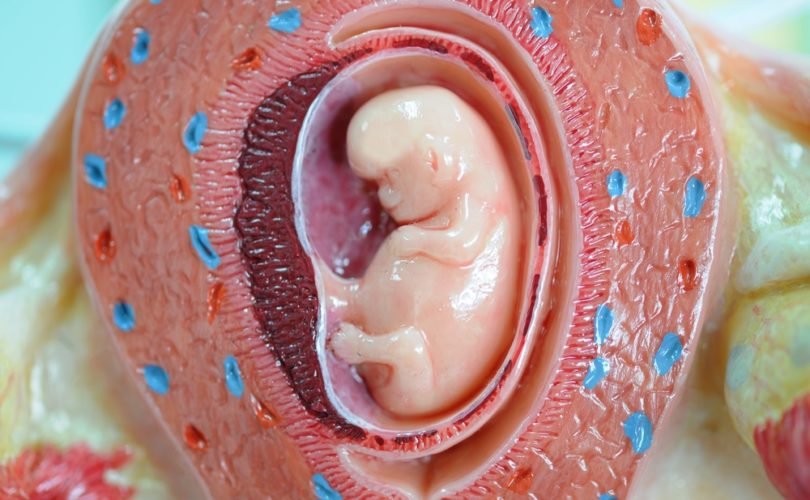 While proponents say the harvesting won't happen until the baby is dead, that could mean “brain-dead,” raising the prospect of other bodily functions being intentionally terminated at the optimum moment for removal of organs.

The practice has generated strong criticism from ethicists, and though pro-life advocates appreciate that officials would encourage parents to carry their children to term, they are criticizing the underlying idea that reduces babies to spare parts.

Dr. Anthony McCarthy, a bioethicist and the education director of the London-based Society for the Protection of Unborn Children (SPUC), told LifeSiteNews, “Babies should be spared abortion because they are babies – not because they are useful to others if taken to term.”

The issue was raised at a British Transplantation Society meeting in Glasgow last week, reported in the Daily Mail. There transplant surgeon Niad Ahmad reported that health officials would soon be trained to approach parents who have decided to abort their unborn children because of defects to carry them to term for harvesting. “A number of staff in the NHS are not aware that these organs can be used. They need to be aware. They can be transplanted. They work. And they work long term,” Dr. Ahmad reportedly told the gathering.

The opportunity to harvest the organs of stillborn babies has grown due to growing pro-life sentiments among parents. “We are seeing more women saying, 'I don't think it is right to terminate.' It is then a case of having conversations with NHS staff about the options.”

Currently, staff wait for parents who know that their child will survive birth only briefly to raise the possibility of organ donation. The new policy would direct staff to be proactive and raise the issue as soon as parents learn of their child's fatal disabilities. The argument raised in Glasgow is that three people die in Great Britain every day waiting for an organ transplant, while the waiting list is 7,000 people long. Many of them are children.

According to the Daily Mail, “about 230 babies with anencephaly – where most of the brain fails to develop – are aborted every year in Great Britain.” In officials' eyes, these are prime prospects for organ donation, especially to other children, while some organs such as kidneys cannot be transplanted to children  but are big enough to go to young adults.

Until last year, babies who died younger than two months of age could not be donors, but guidelines have changed, and the NHS Blood and Transplant division has struck a committee to plan how to encourage parents to donate their children's organs.

McCarthy said that while SPUC is not opposed to organ transplantation from stillborn babies per se, they are concerned that the push for organs would distract parents or the health care workers from their duty to care for the unborn and newborn child.

“It is one thing for the baby to be treasured during life, then used for organ donation after he or she has truly died and the parents have said goodbye. It is something quite different for the baby to be treated as valuable only as means to an end, not as someone's son or daughter whose life is precious, however brief that life may be,” said Dr. McCarthy.

He also raised the concern that the pressure for viable organs would lead to ethically questionable behavior toward the dying child in order to optimize the viability of the transplanted organ. McCarthy called this ” lethal discrimination against the unborn” and likened it to how the health system already treats the disabled and terminally ill.

The erosion of ethics in organ transplantation: what’s a Catholic to do?