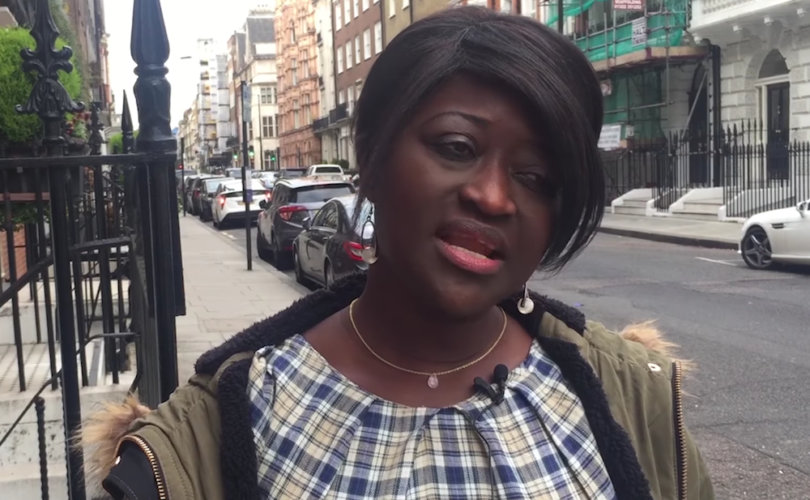 DARTFORD, KENT, England, December 15, 2016 (LifeSiteNews) — Prime Minister Theresa May told Members of Parliament that Christians should be able to speak about their faith at work, but one senior intensive care nurse was fired for doing just that.

Sister Sarah Kuteh was switched from intensive care at Darent Valley Hospital, where she worked most of her 15 years on the job, to the hospital's pre-op in November 2015. Part of her job is to ask about the belief of those about to undergo the surgeon's knife.

The Christian mother of three was “sacked” eight months later for, among other things, simply offering to pray with patients about to be operated on.

Kuteh defended herself and her actions on Christian Concern’s Facebook page, explaining that the religion section of her patient questionnaire often led to voluntary discussions. Most patients were happy to discuss their faith, she says, and she was simply helping them find solace.

She says that if a patient wishes to state their religion (the questionnaire leaves it optional), she would listen while the patient shares, and then share about her own faith.  “I discuss my religion with the patient and how I have found Jesus Christ and how much peace I have — especially when patients come to me feeling really, really devastated.”

In an interview on Britain’s This Morning program, Kuteh said her immediate supervisor talked with her for two minutes in April, noting she had received a few complaints. Kuteh insisted that the patients, prompted by the hospital's own questionnaire, voluntarily shared about their religion first.

She told This Morning’s Nick Ferrari that she never took the conversation any further if the patient shared that he or she didn’t want to.

After other complaints, including that Kuteh left a Bible with one patient, she was told not to share, and she stopped.

“She said not to — I said, 'OK,'” Kuteh related on Facebook. Furthermore, the next day she got a letter stating that she could have religious discussions with a patient “if the patient asks for it.”

“I'd always ask the patient if they were comfortable — and most of them were,” Kuteh said. She noted that the complaints were indirect and never to Kuteh herself. The sentiments of any patient that asked not to talk about religion were respected.

Nevertheless, Kuteh was investigated for breaking hospital rules. “I wasn't allowed to bring any witnesses at all, so I couldn't really test the evidence,” she complained.

Dartford and Gravesham NHS Trust fired Kuteh in August because of complaints from patients and because they say Kuteh did not follow her superiors' direction to stop.

“I want to challenge the decision,” Kuteh said, because without her job she could become homeless. She is suing for unfair dismissal.

The employer defended Kuteh's firing, telling the UK's MirrorOnline, “We have a duty to our patients to ensure that when they are at their most vulnerable, they are not exposed to the unsolicited beliefs and/or views of others, religious or otherwise.”

“How could telling anyone about Jesus Christ really be harmful to any patient?” Kuteh asked.