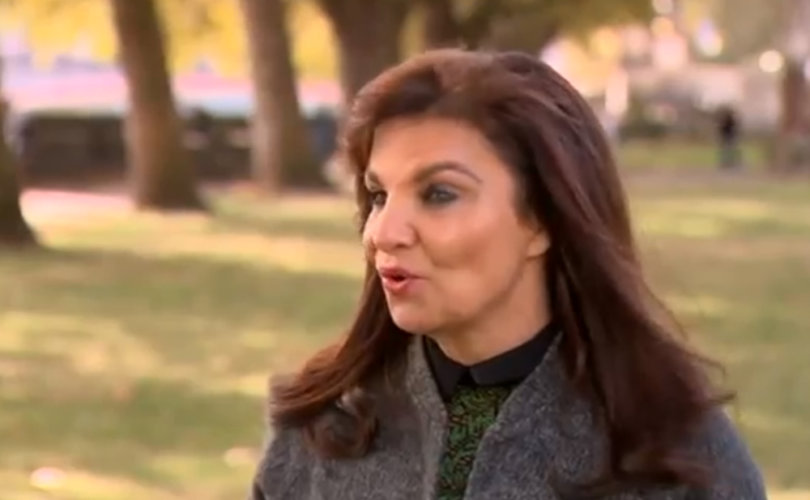 Andrea Williams is the director of the Christian Legal Centre in London.

UNITED KINGDOM, October 36, 2016 (LifeSiteNews) – The parents of a 14-year-old girl are horrified that social workers are accusing them of neglect and fear that she could be taken from them in November unless they agree to let her live as a boy.

The girl was home-schooled along with two other children until last year, but within months of attending the local public school she began wearing boys clothes and wanted to be called Gary. She ran away and was returned to her parents, but with social workers now on the case, the daughter is insisting the parents accede to her wishes.

In a statement released by the Christian Legal Centre, the girl’s mother said: “We have been horrified with the prospect that the name that we gave our daughter with all the meaning that entails will be stripped from her, all because of the social workers' politically-motivated ideology.”

“Our daughter is mentally unwell. We believe that her present gender identity problems are part of her mental health problems. She should receive the appropriate help that she needs, rather than being forced into taking on a false identity. Our daughter is too young to make these decisions.”

Andrea Williams, the director of the Christian Legal Centre, said the parents face a meeting in November with social workers who say the girl, whom they now call “Gary,” is “at risk” of suicide because of the parents’ “neglect.” They fear the social workers will threaten to apprehend their daughter unless they support her gender confusion.

“This is a challenge to the most important legal principle that the parents are the primary caregiver of their children. They not only have the best interest of the child at heart, but they have far more experience with the child,” Williams told LifeSiteNews.

She said what the social workers are doing has “no foundation in law.” According to the Gender Recognition Act, not until children are 16 can any action on gender change such as hormone therapy to develop the secondary sexual characteristics of the desired gender (breasts for male-to-female or facial hair for female-to-male) take place. Plastic surgery to approximate the sex organs of the opposite sex must wait until the person is an adult.

The social workers want the girl to receive psychotherapy at the Tavistock Clinic in Leeds, where she is likely to be encouraged to maintain her gender pretense. The girl’s parents would like her to receive conventional psychotherapy, which holds that gender confusion like hers is a symptom of mental illness.

Such therapy for minors has recently been banned in several U.S. states such as California and the Canadian province of Ontario. But Ontario psychiatrist Joseph Berger agrees with the parents, not the lawmakers, in his province. These children are unhappy for a variety of reasons. “They should be treated for their unhappiness,” he told LifeSiteNews. “Cutting off penises and breasts is not the treatment for unhappiness.”

He called transgenderism a fad. As for the small minority of transgender people who truly believe they belong to the opposite sex, they are “totally nuts,” Berger said. “They should be treated with anti-psychotic drugs.”

But most patients with gender dysphoria are simply unhappy with their circumstances and think that changing their gender will make them happier. Berger gave an example of a female patient who identified herself as a boy because, as it turned out, she believed boys had higher social status. Another patient — a male indentifying as female — saw that her father treated his sister better than him.

Walt Heyer, an American male-to-female transgender who returned to living as a male after getting therapy and now operates a website, sexchangeregret.com, to support people who are gender-confused, says transgenderism is a “co-morbid” disease. It always manifests along with another mental illness such as “schizophrenia, depression, separation anxiety and dissociative disorders,” Heyer told LifeSiteNews.

Williams called transgenderism “a cultural fad. It’s not the truth.” Human beings are created male and female, she said. “The authorities are forcing an agenda … harmful to our children.”