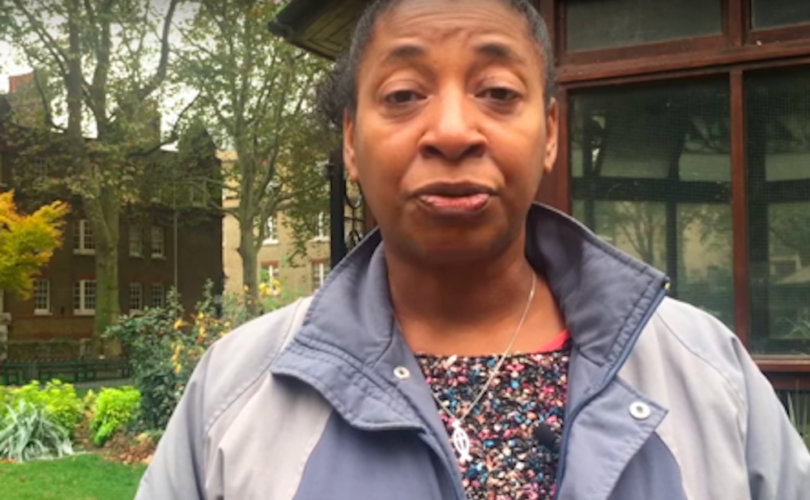 UNITED KINGDOM, December 1, 2016 (LifeSiteNews) – A public school teacher disciplined for revealing her Christian beliefs about homosexuality to an inquisitive student received an apology from her school after she threatened court action.

Vicky Allen, a 51-year-old teaching assistant at Brannel School in St Austell, Cornwall, and her employer announced a settlement hours before a hearing with the Employment Tribunal was to begin.

It read in part: “Andy Edmonds, the Head teacher, has recognized Victoria Allen’s right to share her Christian beliefs with students and has apologized for any upset that Victoria Allen may have felt during the disciplinary process.”

Allen was supported by Christian Concern and its offshoot, the Christian Legal Centre, which has fought many recent court battles for free speech and religious rights.

Andrea Williams, the founder of both organizations, told news media, “Freedoms in our country are being catastrophically eroded by political correctness and fear. … To describe marriage as a union of one man and one woman is a belief held by Christians, and many others around the world.”

Also according to the agreed-upon statement: “The parties accept that some people have deeply held views about the nature of marriage, and that every individual has the freedom to express these in accordance with the law. The School also respects that Victoria Allen’s view that marriage should be between a man and a woman is sincerely held and shared by many others.”

But that was not the school’s initial position when it learned how Allen, a Pentecostal who has worked as a teaching assistant at the school with high-functioning special needs children since 2011, responded when a 14-year-old autistic boy asked for her opinion on same-sex “marriage.”

“He asked me what I believed, so I told him by Biblical beliefs. He asked me out of the blue,” Allen told the Times. Allen told the boy that marriage was for men with women and also shared her concern with the LGBT movement’s usurpation of the rainbow as its symbol. The Bible describes God setting the rainbow in the sky as a sign of his covenant with Noah never to punish the world with another flood.

Questioned by a teacher, the boy said he was not offended, but when pressed, according to the school, admitted to feeling “uneasy” about Allen’s comments. According to Allen, “the student wasn’t offended or harassed.”

The school issued a warning for “acting in opposition to the school’s expectations with regards to to equal opportunities.” Her response was one-sided and did not encourage the boy to form his own opinion, they explained. She was suspended from all duties before she acted on her own and initiated formal disciplinary proceedings.

“I felt like a criminal,” she told the Sunday Times. “It was unbelievable. It’s taken away any trust I had. It’s made me more cautious.”

When her appeal to the school board failed, she declared her intention to seek financial compensation from the Employment Tribunal for the school’s religious discrimination against her because of her Christian beliefs.

That view, after the intercession of Christian Concern, appears to have won the day. The settlement did indicate one symbolic concession from Allen — that she “has accepted that it is reasonable for the school to request that staff share balanced views with students when asked questions of their personal beliefs and opinion under the requirements of equalities legislation including the Equality Act 2010 and the Education Act 1996.” But what that means in this case is not spelled out.

As for the school, it had to “reaffirm” its “commitment to the long-standing British values of freedom of religion, freedom of speech and freedom of association with mutual respect for the dignity and rights and freedoms of others, including the right of Victoria Allen to express her views.”

LGBT groups were dismayed. The Devon-based Proud2Be stated, “The message that is being sent out to every young person in Brannel School is that it is OK to believe that some people should be denied equal rights and protection under the law (something Allen never said) because of other people’s opinions of them. This is a message that we will continue to challenge and counterbalance at Proud2Be.”

Europe’s largest LGBT rights group, Stonewall, said, “It's unfortunate when faith is cited as a reason to avoid teaching young people about difference, as this does not help dispel the myth that that religion and LGBT people can't coexist,” (which Allen did not say) then went on to call for “compulsory sex and relationship education” in the schools.

“Stonewall” is the neighborhood in New York City’s Greenwich Village where homosexuals rioted in 1969 after police raided the bathhouses where they met for anonymous sex.

Allen explained her motivation in a YouTube video presented by Christian Concern. “I don’t want anyone to feel that anyone else is intimidated or manipulated into not being able to answer questions that they’s asked, based on their Christian beliefs.”