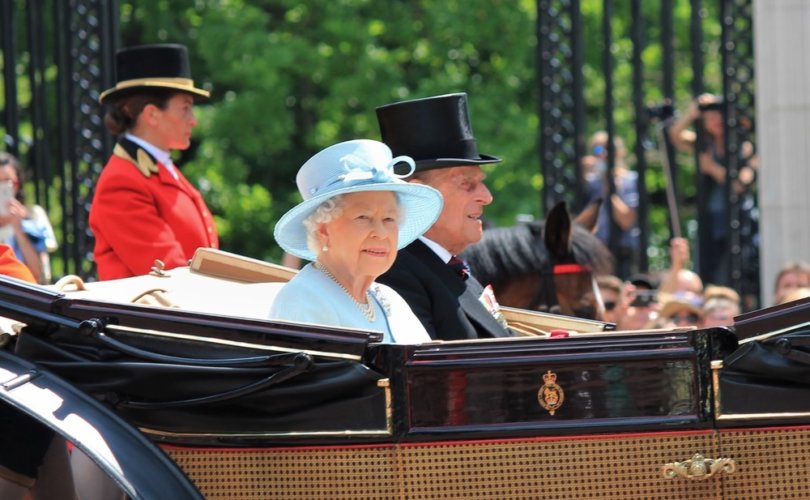 DEVON, England, June 18, 2018 (LifeSiteNews) — Another royal wedding is about to dominate the media, albeit for a very different reason than Prince Harry and Meagan Markle’s recent nuptials.

Lord Ivar Mountbatten, third cousin once removed to Queen Elizabeth, has announced he will be “marrying” James Coyle, marking the first same-sex “wedding” in the extended British royal family.

Ivar came out as homosexual in 2016, several years after divorcing his wife Penny Mountbatten. The couple had three daughters, who are currently 15, 20, and 22 years old. But despite their divorce, Penny told the UK Daily Mail she’s so supportive of her ex-husband’s current relationship that she’ll be the one to give him away at the ceremony.

She said the arrangement was her daughters’ idea, and “not at all” odd. The ceremony will be held on Mountbatten’s private chapel on his Devon country estate. “The ceremony itself will be very small. It's just for the girls and close family and friends,” Coyle said.

The former couple explains that Ivar had told Penny he was bisexual even before they became romantically involved, which she accepted because “I'm very open-minded about sexuality.” But despite early happiness, his attraction to men eventually gave her feelings of jealousy, inadequacy, and depression.

Penny left after fifteen years of marriage, concluding that their relationship could never be “whole” as long as Ivar was attracted to men, and that he “couldn't be his authentic self unless I left.”

They say their daughters have embraced the “marriage,” which has the blessings of their extended family, including Prince Edward. Queen Elizabeth has not yet commented on the union, but has endorsed LGBT “rights” in the past. Harry and Markle vocally support the LGBT agenda, as well.

“When I mentioned it to our eldest daughter, Ella, she said, 'Oh Pap, it's not a big deal. It's so normal nowadays,’” Mountbatten said. “Of course that generation, they're completely cool about the concept of this.”

“Ivar is so much more relaxed these days. He's so much kinder,” Penny claimed. “He probably wasn't even aware that by keeping his sexuality a secret it was really quite tormenting him.”

But despite their positivity, and celebratory coverage from pop culture media such as Glamour and People Magazine, there remains an undercurrent of unrest in Mountbatten’s own comments about his homosexuality.

“I definitely think it’s in the genes,” he told the Daily Mail. Yet he also admitted that, “being completely truthful, it doesn’t sit comfortably with me that I’m going out with a man.”

“It's brilliant but I suppose in an ideal world I would prefer to have a wife because that has always been the norm,” Mountbatten revealed.

“If there were two things Ivar and I could have changed about ourselves in our marriage, I wouldn't have drunk so much and you would, perhaps, have changed your sexuality?” Penny said.

“Certainly, without doubt, most gay blokes my age would prefer to be heterosexual,” he agreed.

Pro-homosexual activists insist that sexual attraction is biologically rooted and unchangeable. In fact, scientists have been unable to identify a homosexual gene, and many former homosexuals attest that they successfully changed their unwanted sexual desires.