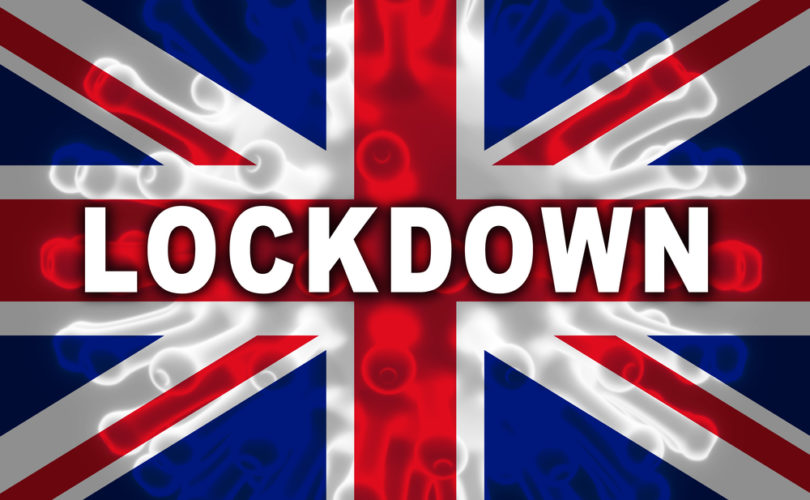 (LifeSiteNews) — Excess deaths in Britain recorded over the last four months show around 20,000 more people dying than the five-year average, with almost half of those deaths from conditions not related to the novel coronavirus, according to figures from the U.K.’s Office for National Statistics (ONS). Experts are wondering if lockdowns might have anything to do with that number.

The Telegraph reported Tuesday that in England and Wales between July 2 and November 5, 20,823 more deaths were registered than the five-year average, based on ONS data. Of those deaths, 11,531 had COVID-19 listed as a contributing factor, leaving 9,292 deaths, or 45 percent, as completely unrelated to the virus.

Speaking to the Telegraph, Carl Heneghan, Professor of Evidence Based Medicine at Oxford University’s Nuffield Department of Primary Care, said that the non-COVID figures relate to conditions such as “ischemic heart disease, cirrhosis of the liver, and diabetes, all which are potentially reversible.”

“This could be the fallout from the lack of preventable care during the pandemic, and what happens downstream of that,” the professor said.

Heneghan called for “an urgent investigation” into the driving factors behind the excess deaths, suggesting that a swelling backlog of patient consultations and surgeries may be responsible.

“This goes beyond just looking at the raw numbers and death certificates. We need to go back and find if these deaths have any preventable causes,” Heneghan advised. “We urgently need to understand what’s going wrong and an investigation of the root causes to determine those actions that can prevent further unnecessary deaths.”

As the coronavirus crisis began to take shape in early 2020, Britain’s National Health Service (NHS) enforced delays on treatments and hospital appointments, apparently as a measure against the spread of COVID-19.

The result has been to create a hospital waiting list of at least 5.3 million people by this summer, a number which expanded by 500,000 in the last four months and is expected to grow by a further 7 million in the coming months. The figure, currently its highest ever, includes hundreds of thousands of missed cancer screenings and treatments for heart conditions, many of which may lead to death without intervention.

A reported 300,000 individuals have waited more than a year to be seen, with 10,000 now having spent two years on the waiting list for surgeries including knee and hip replacements.

Kevin McConway, emeritus professor of applied statistics at The Open University, noted that a “considerable” number of excess deaths has been recorded “in people’s own homes … with most of those deaths not involving COVID-19.”

An April study from economics professor Douglas Allen of Simon Fraser University, British Colombia, concluded that, in Canadian history, “the lockdown will go down as one of the greatest peacetime policy failures.”

Based on a careful review of more than 80 research papers on lockdowns across the world, Allen determined that lockdowns saved 22,333 years’ worth of lost life while causing 6.3 million years of lost life, making the policy’s long-term harm 282 times worse than its benefits.

The Telegraph added that data from the U.K. Health Security Agency show that, by the summer, thousands more deaths than the five-year average were recorded for heart and circulatory conditions.

The increase in heart conditions follows a jump in the uptake of the COVID jabs during the same time period, of which 46,816,382 Britons had received the first dose and 38,322,171 had received the second dose by the end of July, meaning around 57 percent of the estimated U.K. population as a whole were “fully vaccinated.” That number now stands at 46,108,608 after the jabs were authorized for use in 12–15-year-olds on September 20, bringing the double jabbed population to 69 percent.

Heart problems have been well-documented as an adverse event arising after reception of the coronavirus shots, both in the U.K. and overseas. Britain’s Yellow Card reporting system for vaccine injuries currently includes 8,469 cardiac disorder reports following injection with one of the available, abortion-tainted COVID-19 jabs.

Likewise in the U.S., the Vaccine Adverse Event Reporting System (VAERS) currently contains 9,094 reports of heart attacks and 12,131 reports of myocarditis and pericarditis, a dangerous inflammation of the heart and surrounding sac found more commonly among the young.