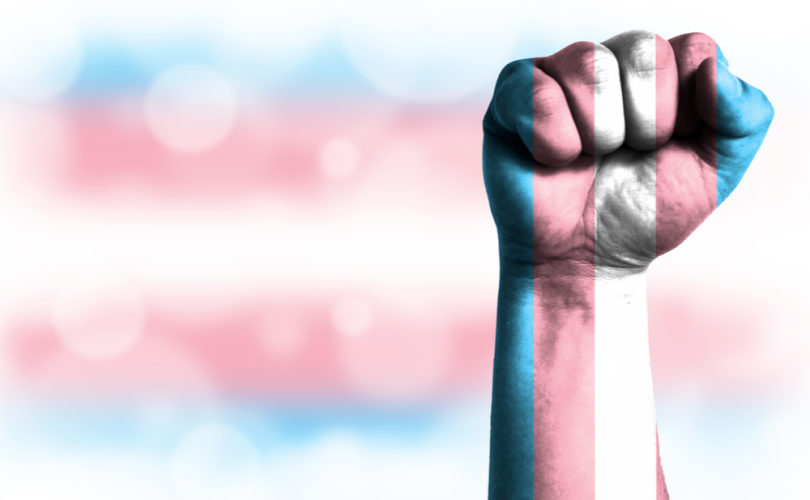 (LifeSiteNews) – An 18-year-old British private school student says she was viciously bullied by her classmates for challenging a visiting speaker from the House of Lords on transgender ideology.

The Daily Mail reported that the student, who is unidentified, says she took issue with the also-unidentified parliament member’s language for “implying critical theory took precedence over biological reality in defining women.”

“’When I questioned that, she said it wasn’t an issue of semantics,” the student continued. “She said trans people don’t have basic human rights in this country.” While their exchange was civil, with the student even apologizing “if I came across as rude,” afterward, upon her return to class she was allegedly surrounded by as many as 60 girls who “screamed, swore and spat at her, leading to her being unable to breathe properly and collapsing,” according to the Mail.

John Rickards, who teaches at the school in question, backed up the student’s account in a piece for Transgender Trend.

“It was the whispered and frequent use of the terms transphobe and transphobic during that after-school activity that alerted me to the depressing fact that these girls were going along with the narrative that our heretic was, as far as they were concerned, indeed a heretic,” he wrote, “and that she was thoroughly deserving of the roasting that she had just received before caving in and running off in a panicked and hyperventilating state.”

“When I inquired a couple of weeks back as to how our young student was doing these days (having not seen her around the place since the incident and also having a strong sense that I was committing some kind of crime by asking the question), I was asked firstly ‘why I wanted to know,’” Rickards continued. “I was informed that she was ‘no longer on the system’ – that ‘the matter had been dealt with’ and that ‘we’re not talking about it.’”

While this “may be simply because sensitive matters these days are always handled on a ‘need to know’ basis,” he granted, “anyone with an insight into the way that ‘mystification’ operates in institutional bureaucracies with their ‘communicating through the proper channels’ and ‘not opening unnecessary cans of worms’ etc., will be able to intuit a whiff of pathology in such language and positioning.”

“The student herself told me that the head of 6th form had initially given her a good deal of support but that after sustained pressure from the group had changed her position,” Rickards added. “She summoned all of the 6th form into the centre and gave a speech, delivered from a prepared script. During this address she apologised to the students for failing to maintain a ‘safe space’ and for being seen to spend so much time giving support to her (the student) who had been isolated to the library (for her own safety).”

Harry Potter creator J.K. Rowling, a doctrinaire liberal who has become a target of LGBT activists’ scorn for dissenting from transgender orthodoxy, weighed in on the story, slamming the “utterly shameful” conduct of the school:

Utterly shameful. Add this to the tottering pile of evidence that people in education and academia who're supposed to have a duty of care towards the young have succumbed to an outbreak of quasi-religious fanaticism. The girl's crime? Saying 'sex exists.'https://t.co/r33RlN4Xtx