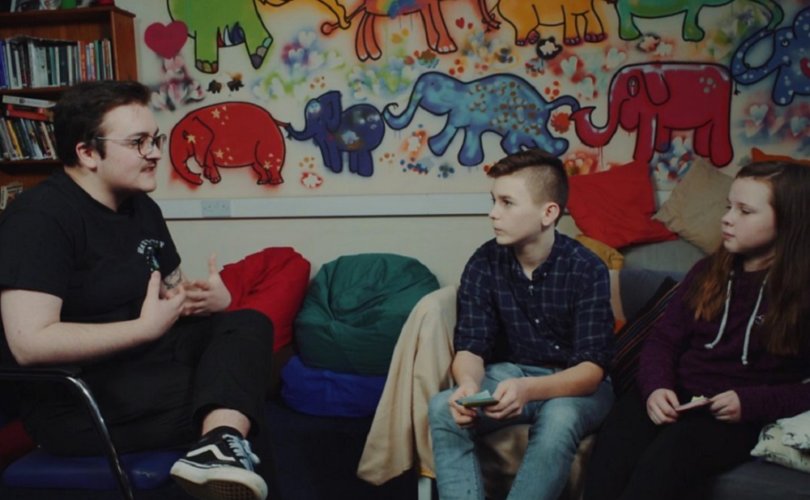 September 12, 2019 (The Christian Institute) — A BBC resource for children aged nine to twelve claims there are over 100 'gender identities' — something that is “really exciting”.

The Big Talk, a series of PSHE videos made by BBC Teach, features children asking questions about sex, relationships and gender, and the answers they are given by “trusted” adults.

In 'Understanding Sexual and Gender Identities', the children are told that gender is “who you are inside”, but that sex is whether you are born a boy or a girl.

“So we know we've got male and female, but there are over 100, if not more, gender identities now.”

She added: “You've got some people who might call themselves gender queer, who are just like 'I don't really want to be anything in particular, I'm just going to be me.'”

While most of the “trusted adults” were teachers, one was trans activist Leo Lardie, who was born female but is now living as if she were a man.

The children did not look comfortable as she talked about her genitalia, and explained that the only way she could be happy was to “be true about who I was, and let other people in on this”.

The video is accompanied by suggestions for discussion topics, and other lesson activities.

It suggests the children write dramas which explore sexuality and gender “with the focus on inclusion and equality”, and creating displays focussing on famous or historical figures “of all different sexualities and genders”.

'Different Families, Same Love' focusses on same-sex couples with children. In that video the teachers do not explain that such couples cannot have children naturally.

The Big Talk series also includes 'Respecting Myself and Others', in which the same head teacher says: “You might not understand what it means to be gay, but you respect it, because you recognise that everybody's different.”

She states that respect is not only about being able to recognise differences between people but to “celebrate them” and this is “integral to being a great person in society”.

Elsewhere in the video, Lardie comments people who are critical of transgender ideology “just don't know any better yet”.

The Relationships and Sex Education teacher then tells the children that “people can go to prison if it's shown they're disrespecting or being hateful to people because of a difference that person perceives”.