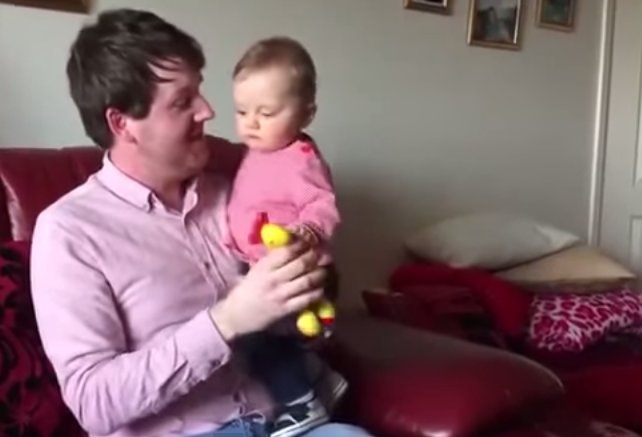 A British court ruled that Kyle Casson could adopt the child, because they are brothers.Daily Mail video screenshot

March 11, 2015 (LifeSiteNews.com) – A British woman has given birth to her own grandson, acting as a surrogate mother for her homosexual son.

The UK's 2008 Human Fertilization and Embryology Act, which governs surrogacy arrangements, generally discourages surrogate mothers from acting on behalf of a single parent. Under the law it is illegal to hand over a child to only the biological father. Instead, the child must be given to a couple “in an enduring family relationship.”

However, in this case a judge ruled that while Anne-Marie Casson and her husband are the legal parents of the child, Kyle can legally adopt the baby boy, because the newborn and his father are brothers.

Mrs. High Court Justice Theis said in her ruling that the baby, who is named Miles, “was born following a surrogacy arrangement whereby the gestational surrogate was [the man's] mother. [Her husband] fully supported this.”

She said the gestational pact was an “admittedly unusual arrangement” and “not one, as far as I am aware, that either this court or the clinic has previously encountered.”

However, she ruled, although highly unusual, [it] is entirely lawful under the relevant statutory provisions,” because it was “entered into by the parties after careful consideration, following each having individual counseling and with all the treatment being undertaken by a fertility clinic licensed by the Human Fertilisation and Embryology Authority (HFEA).”

Critics have described Justice Theis' ruling as “dubious” and have called for reforms to the Human Fertilization and Embryology Act to prevent what such abuses.

Jill Kirby, a writer and policy analyst told the Telegraph that she found it “very disturbing that any mother would consider it healthy or appropriate to give birth to her son’s child.”

“What is even more worrying is that the High Court has granted the son an adoption order, partly based on the ‘closeness’ of the relationship between the family members involved,” she continued.

“The unusual feature of this case is not the family context, but the fact that the intended father was single, and therefore unsupported by the law,” the spokesman stated.

Social media commentators took note of the generational confusion created by a man being his offspring's father and brother simultaneously, with some calling it “gross,” “disgusting,” and “selfish.”

“Our traditional notion of 'the family’ has been stretched to include cohabitation, divorce, step-parents and step children, and gay marriage,” the Telegraph's Cristina Odone wrote. “Can it stretch further to encompass surrogacy cases where a mother and son have a baby together?”

“Or does this endless manipulation in fact leave the family unit hollowed out, a meaningless husk rather than an inspiring template for all?”