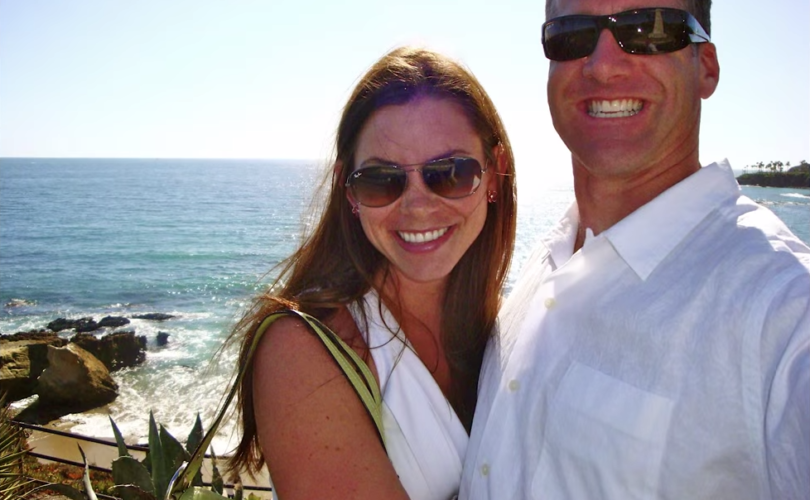 "May Brittany come to understand the love that we all have for her before she takes her own life, and that if she chooses instead to fight this disease, her life and witness would be an incredible example and inspiration to countless others."

Note: Let Brittany know you are praying for her. Sign the “Prayers for Brittany” petition here.

Brittany Maynard has raised the possibility that she will not commit suicide on November 1 as scheduled, posting a 16-day-old video late last night that says “it doesn’t seem like the right time.” Instead, she reveals in the strongly political video that her “goal” is to enact “positive change” by passing right-to-die laws nationwide.

The 29-year-old says she was diagnosed with brain cancer in January, but in April doctors told her she had a stage IV glioblastoma brain tumor and gave her six months to live. She moved to Portland in order to access assisted suicide, which is legal in Oregon, and set the date for November 1.

Those plans may have changed, according to a video produced by Compassion and Choices (formerly The Hemlock Society).

“I still feel good enough, and I still have enough joy, and I still laugh and smile with my family and friends enough that it doesn’t seem like the right time right now,” Maynard says. “But it will come, because I feel myself getting sicker. It’s happening each week.”

“If November 2nd comes along and I'm still alive, I know that we'll just still be moving forward as a family, like, out of love for each other and that that decision will come later,” she says.

Compassion and Choices says the video was recorded on October 13 and 14, just one week after she posted the video announcing her decision to commit suicide this Saturday. That video went online October 6.

In the latest video, posted on the eve of her husband's 44th birthday, Maynard says she has no desire to die. “If all my dreams came true, I would somehow survive this, but most likely I won't.”

At the moment, she is happy that she can walk with her pets and her husband, Dan Diaz, who is interviewed in the six-minute-long recording.

“The worst thing that could happen to me is that I wait too long,” she says, and allowing herself to “somehow have my autonomy taken away from me by my disease.”

“My goal, of course, is to influence this policy for positive change, and I would like to see all Americans have access to the same health care rights,” Maynard says at the end of the video.

A video caption reads that Maynard's “goal in coming forward was singularly focused. Brittany wants all terminally ill Americans to have the choice to die with dignity.”

“Join her movement,” the video states, providing a link to The Brittany Maynard Fund, an initiative of Compassion and Choices, which states “it is unfair that the vast majority of people cannot access death with dignity.”

Maynard states on the website that she “didn't launch this campaign because I wanted attention…I did this because I want to see a world where everyone has access to death with dignity, as I have had.”

“My journey is easier because of this choice,” she says. Her husband told People magazine that setting a date for his wife's death, two days after his birthday, “brings comfort.”

Since the state legalized assisted suicide by enacting the Death with Dignity Act – on October 27, 1997 – the number of assisted suicides has steadily increased from 16 in 1998 to 85 in 2012.

29-year-old with cancer plans to kill herself 2 days after her husband’s birthday
This 29-year-old woman has chosen to die. Why that’s a loss for all of us.
I am a Catholic seminarian. I have terminal brain cancer. This is my response to Brittany Maynard.