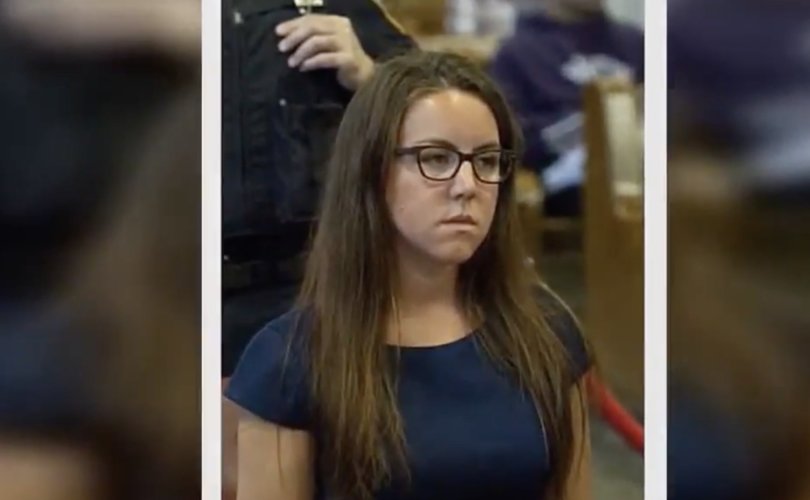 KINGSBRIDGE, New York, September 14, 2018 (LifeSiteNews) – A 30-year-old teacher who performed oral sex on a 14-year-old student multiple times in 2016 will not only avoid prison time but could potentially teach again, under the terms of her plea agreement.

Formerly a social studies teacher at New School for Leadership and the Arts, a public school in the Bronx’s Kingsbridge neighborhood, Dori Myers was accused in January of performing oral sex on a male student, who told a classmate who in turn notified the school’s principal. Another teacher reportedly witnessed her “massaging” the boy, as well.

Prosecutors charged Myers with “criminal sexual act in the second degree and endangering the welfare of a child,” which she denied. The Department of Education called the accusation “deeply troubling,” but initially reassigned her “away from students” rather than firing her.

Myers pled guilty on August 1, and the Rockland/Westchester Journal News reports this week that she has entered into a plea agreement consisting of ten years’ probation and registration as a Level 1 sex offender. According to New York’s Sex Offender Registry, Level 1 offenders are considered a “low risk” for repeat offenses, need not be given an official designation such as “predator,” can be de-registered after 20 years, and aren’t listed on the public directory.

Prosecutors had asked for two years in prison and revocation of Myers’ teaching certificate. But while she was fired after her guilty plea and Education Department spokesman Doug Cohen says she is “not eligible to work in New York City schools again,” the light sentence leaves open the possibility of her becoming a teacher again elsewhere.

Myers’ attorney characterized her as a model teacher whose career was destroyed by spurious allegations, but Vibe reports that the victim posted a Snapchat video of himself with Myers captioned, “Me and my sexy a** wife.”

While the ongoing scandal over sex abuse in the Catholic Church is currently dominating national headlines, some have long argued that a similar crisis in public education is at least as extensive, if not more so. Last month, Chicago Public Schools (CPS) released a preliminary report finding 500 cases of alleged sexual assault and abuse in CPS schools over the last ten years, and that CPS failed to perform adequate background checks or abuse tracking.