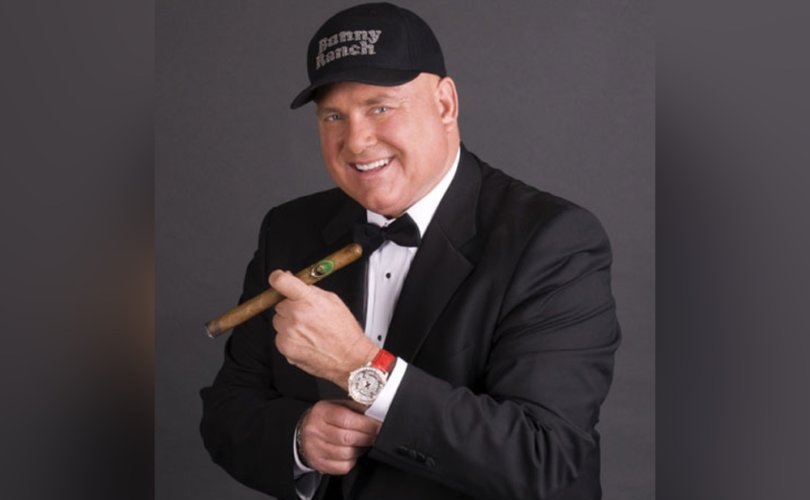 LAS VEGAS, Nevada, October 17, 2018 (LifeSiteNews) – “Nevada’s most famous pimp” Dennis Hof, who made waves this summer as a Republican candidate for state legislature, was found dead Tuesday morning at age 72.

Hof had gone to sleep sometime after 2 a.m. at his Love Ranch South, after spending over and hour and a half in his bedroom with one of the girls who worked there, Las Vegas Now reports. He spoke to a staffer before going to sleep, and had been scheduled to appear at the Pahrump Senior Center yesterday morning.

Nye County investigators have not released any other details. Hof’s cause of death has yet to be determined by the Clark County Coroner's Office.

Hof was a controversial figure, to say the least, thanks to his $50 million Nevada brothel chain that was the subject of the HBO series “Cathouse.” Promotional gambits “ranging from auctioning off actual virgins, to running ‘Get Your Grandpa Laid’ contests on the Howard Stern show, have always kept him in the public eye,” the Bunny Ranch website boasts, “but Hof’s true mission is to advocate for the legalization and regulation of sex work throughout America.”

Hof faced several setbacks following his victory, including sexual assault allegations by former prostitutes and Nye County officials permanently revoking the license for one of his brothels over health and safety violations.

The deceased pimp's name will still be on the ballot, but if he wins a group of county commissioners will appoint another Republican from the district to the seat, the Reno Gazette Journal explains. Former competitor Oscarson expressed his condolences to Hof’s family and said it was “premature to even think about” possibly being chosen.