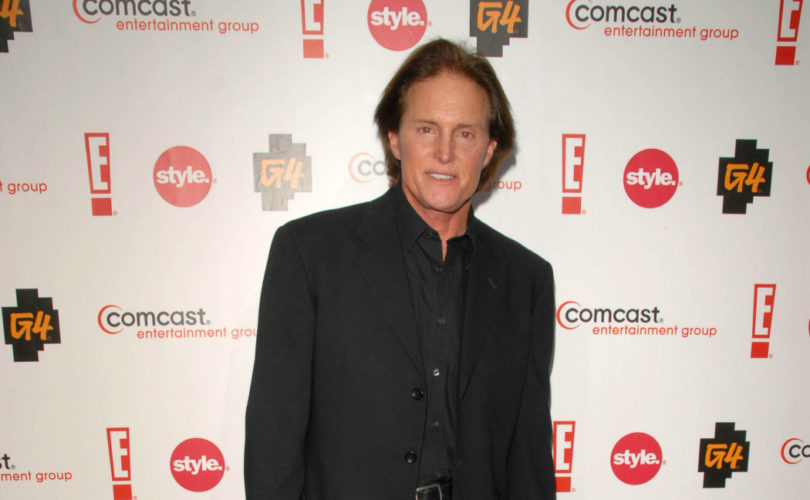 HOLLYWOOD, CA, June 2, 2015 (LifeSiteNews.com) – Bruce Jenner has spared the public virtually nothing during his public transformation into “Caitlyn,” but one detail of his life emerged in the story that accompanies that much-shared Vanity Fair cover: The former Olympic medalist wanted his oldest daughter, Casey, aborted and refused to be at the hospital during her birth.

During the height of his fame, Bruce Jenner was married to Chrystie Crownover. Their nine-year marriage produced two children: Burt (Burton) and Casey (Cassandra).

But Bruce learned about Casey in the midst of a divorce battle and told Chrystie he wanted her to get rid of the child.

“When I found out I was pregnant Bruce raised the issue of an abortion, and I went along with him just as I always did. I had all the tests and had even paid for the operation,” Chrystie wrote in People magazine in 1981, the year they divorced. “But one night I was out to dinner and my friend asked me why I wanted an abortion.”

Her answer was simple: “I don't want the abortion,” she said. “Bruce wants it.”

Her friend responded, “You are having the abortion because the man that you are not going to be living with wants you to have it?”

“I thought, what an idiot I am,” Chrystie wrote. “I wanted the child very, very much.”

She gave birth to a baby girl in June 1980. Bruce chose not to be present at her birth, telling Vanity Fair his night consisted of crying in a hotel room.

However, his attitude changed. Chrystie wrote that after giving birth, “Bruce has been very loving and accepting of Casey.”

Although the articles were publicly available, Casey said she did not know about her father's initial reaction until she was 13 years old. She overheard a few cryptic remarks Bruce made to his ex-wife during a fight, telling Vanity Fair that she remembers at age 13 “asking my mom what he was talking about, until she confessed the history behind my birth.”

Casey has since reconciled with her father – and her mother has never questioned her decision to give birth, even in life apart from the decathlon winner.

“My fulfillment 10 years ago was totally through a man,” Chrystie wrote. “Today the important things in my life are my kids, my design work, my friends, and my running, and I feel fulfilled by those.”

Like Chrystie almost did, many women abort under duress, feeling they have no choice but to follow the instructions of their husband, boyfriend, or parents.

Bruce Jenner went on to have six children with three wives.

Casey tells Vanity Fair that she supports her father's public and conspicuous transition into “Caitlyn.” But some of his other six children have reacted differently.

Seventeen-year-old Kylie Jenner, Bruce's youngest child with third wife, Kris, admitted last month, “I feel like I go through these times where I hate my life.”

She told her father she missed their bonding times, saying, “I wish you were out here to do crazy things with me.” She then told the television audience, “Me and my dad have so many things in common, [but] he's making all of these changes.”

Kylie has denied rumors that she has had an abortion.