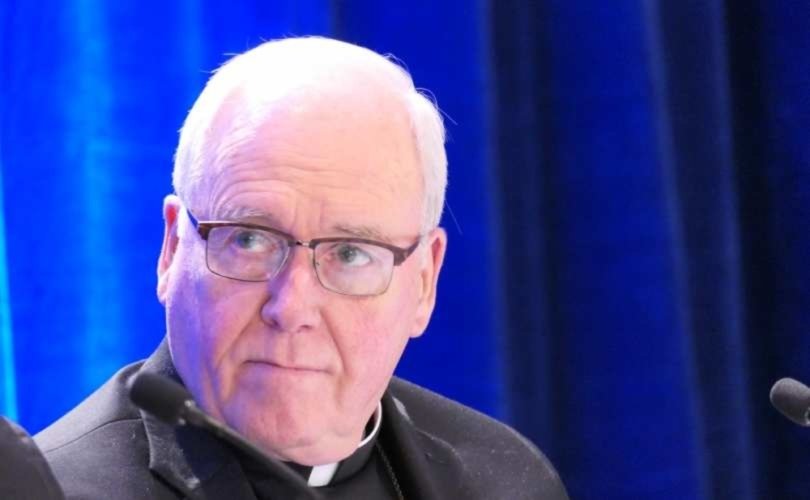 Readers are cautioned for sexual content in news reports linked below in LifeSiteNews’s report and for the documents contained within the linked reports.

May 8, 2019 (LifeSiteNews) — The Diocese of Buffalo and Christ the King Seminary are unequivocally denying a report that the seminary is conducting a leak investigation into seminarians who spoke up about diocesan priests having vulgar conversations at a party held at a parish rectory last month.

The station had first reported on the memo Monday of last week, including news of three priests being suspended over what the seminarians had reported was vulgar and “pornographic” talk at an April 11 party at Saints Peter & Paul Parish’s rectory in Hamburg in the Buffalo diocese. The story was updated to add that two other priests were reprimanded later for not doing more to stop the inappropriate conversation at the party.

WKBW’s subsequent report on Friday said seminary officials, who were reeling from the fallout after news of the party broke, were conducting a full-scale leak investigation involving interrogations of the same seminarians and that the intent of the crackdown was to find out who provided documents to the news station.

The station said its information on the seminary’s leak investigation was based upon multiple sources speaking anonymously for fear of retribution from the seminary and the diocese.

However, both the diocese and the seminary deny that any leak investigation is occurring.

“There was not, and is not now, any leak investigation at the seminary,” Father John Staak, interim president-rector for Christ the King Seminary, told LifeSiteNews.

“There is no leak investigation at the seminary to find out who spoke with WKBW,” Staak said. “Our primary mission is the education of our students and the formation of our future priests, deacons, and pastoral ministers.”

“We encourage seminarians to come forward in the knowledge that their identities will be safeguarded to the best of our ability,” he added. “We are, in fact, pleased the seminarians stepped forward to voice their concerns to seminary officials regarding this incident. We would hope they continue to do so to help the healing process.”

The Diocese of Buffalo’s communications director, Kathy Spangler, affirmed Staak’s response and also provided the response that Michael Sherry, academic dean for the seminary, had given the news station late in the day Friday.

“There is no leak investigation,” Spangler stated to LifeSiteNews.

WKBW received Sherry’s response after its article published Friday, and Sherry had requested that the station update the story to reflect his statement, now part of the report and printed below:

On behalf of myself and the seminary, I unequivocally deny that I have initiated or otherwise been directed to conduct a “leak investigation,” as you put it. Nor is there some kind of crack down that has or will take place. In point of fact we have from the beginning encouraged seminarians to come forward in the knowledge that their identities would be safeguarded to the best of our ability. Any conversation with a seminarian who was previously interviewed was at the request of those seminarians inquiring and expressing their great concern as to how the compiled notes came to be released to the media. Their concern represents both a confidentiality issue — which we have taken great pains to protect — and a security issue for those seminarians. A failure to maintain their confidentiality and their security would represent a dereliction of duty on our part.

The station’s report maintains that a leak investigation and crackdown are in progress.

Both documents reported on by WKBW recount what the seminarians reported took place at the party. The latter document was more comprehensive, showing that five seminarians, of 14 total attending the party, came forward, and also that five priests, the three temporarily removed from ministry and the two later reprimanded, attended the party.

There is also mention in the latter document of a priest — it is not stated whether he is one of the five priests present — pursuing one of the seminarians romantically. The notes in the report say details related to this are not included because they are not related to the matter at hand.

The documents recount crude and graphic language and humor in the conversation at the party; belittling of others; varying stories and comments about sexual activity told at the party related to a parishioner, seminary priests, and one of the seminarian’s parents; and an account of one priest likening receiving Communion to a vile sex act.

The three diocesan priests put on leave had not spoken to the media. They are Father Arthur Mattulke, pastor of Saints Peter & Paul in Hamburg and the spiritual director for Christ the King seminarians; Father Patrick O'Keefe, parochial vicar for Saints Peter & Paul; and Father Robert Orlowski, pastor of Our Mother of Good Counsel in Blasdell.

However, the two reprimanded later for not taking action to stop the party conversation, Father Bryan Zielenieski and Father Cole Webster, said they had not been treated fairly by the diocese and weren’t given the chance to tell their side of what happened. They did speak with WKBW.

The report on the inappropriate behavior at the rectory party follows controversy in the last several months related to past handling of clergy abuse cases by Buffalo’s Bishop Richard Malone, who maintains he has acted in good faith in dealing with the cases.

It follows as well the recognition of clerical abuse of seminarians finally brought to light by the public accusations of abuse leveraged against disgraced former cardinal Theodore McCarrick beginning last summer.