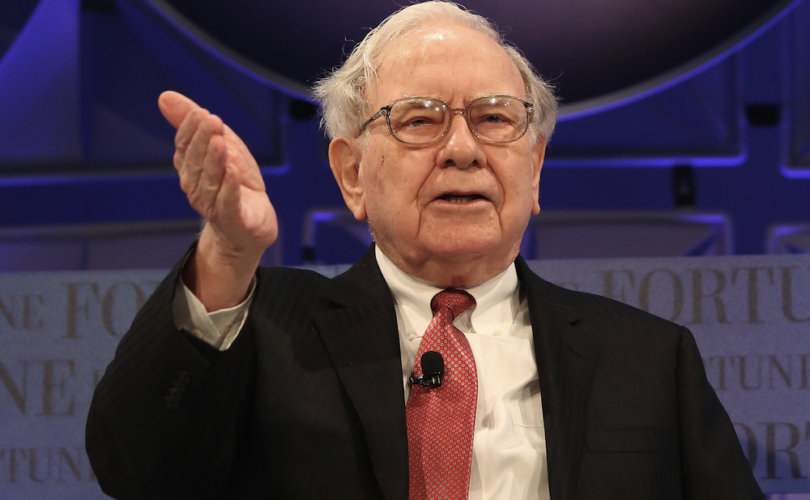 Buffett revealed his 2015 donations, all consisting of shares in his investment firm Berkshire Hathaway, with a July filing to the Securities Exchange Commission. In addition to the $215 million given through the foundation named after his first wife and created in 2003, he made a $2.2 billion donation to the Bill and Melinda Gates Foundation, which funds contraceptive programs around the world.

Filings from previous years revealed he gave $440 million to Planned Parenthood between 2003 and 2014, as well as substantial sums to the National Abortion Federation and the Guttmacher Institute, a research organization created by Planned Parenthood.

Former Planned Parenthood employee-turned-pro-life advocate Abby Johnson revealed in a 2015 LifeSiteNews article how up to $21 million a year was channelled from the Susan Thompson Buffett Foundation to Planned Parenthood for abortions but that Buffett wanted to conceal his involvement.

“We knew that ‘the donor’ was giving NAF up to $21 million dollars [sic] every year to help poor women pay for their abortions,” Johnson said. “Whoever this person was wanted to be kept totally anonymous. We, as clinic directors, weren’t even given the information. The only people who knew were the board members of the National Abortion Federation (NAF).”

Johnson and fellow staff members were instructed to offer prospective customers financial assistance and, if they accepted, to bill the NAF for a majority of the cost of the abortion. Several hundred dollars for each customer came from “The Justice Fund,” which was actually the Susan Thompson Buffett Foundation. Johnson said her branch of Planned Parenthood was able to double its abortion business thanks to the Buffett subsidy.

According to an article last year by Bloomberg, the Susan Thompson Buffett Foundation has paid for a “birth control revolution” in recent years by pouring millions into research, testing, and promotion of safer intrauterine devices.

Mark Harrington, head of the Created Equal pro-life group, told LifeSiteNews that if abortion and birth control were ways of improving productivity, “Buffett’s thinking is certainly shortsighted. It may be more productive in the short term, but in the long term it will kill off the country.”

Harrington noted that while there seems to be no shortage of pro-abortion billionaires “unashamedly backing their cause,” pro-life organizations are starving for funding. “Where are the pro-life Warren Buffetts?” he asked.

Created Equal is launching an education campaign tied to three swing states in the upcoming U.S. election. “With the money, we could put that across all 50 states. It’s not all about the money. Our God is capable of miracles. But we are also supposed to be good stewards of our wealth.”

The Susan Thompson Buffett Foundation was also used to bankroll several groups aimed at undermining Catholic opposition. In 2010, the foundation gave $759,822 to Catholics for Choice and almost $1.7 million to Catholics for the Right to Decide.