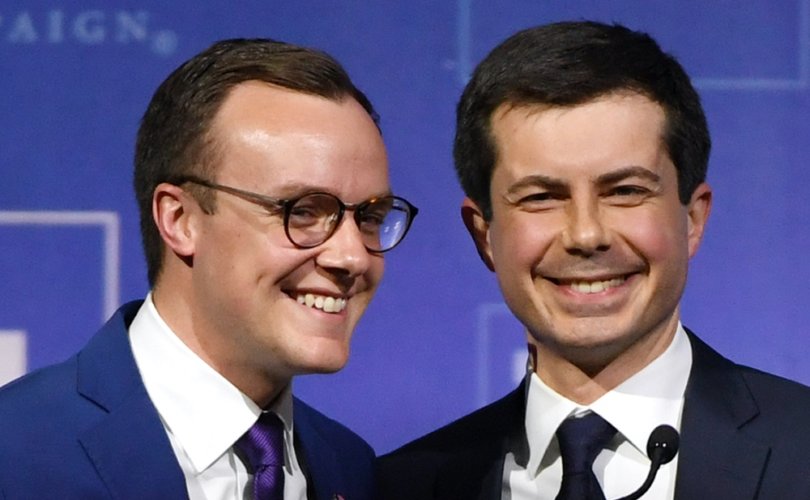 January 14, 2020 (LifeSiteNews) – Tuesday’s debate between six of the Democrats running for president carried little of significance for issues of life, family, and religious liberty, though two of the candidates made their own opportunities to briefly reference social issues.

The debate explored the candidates’ positions on Iran, climate change, healthcare, impeaching President Donald Trump, and more – as well as an unusual exchange on the electability of female candidates between Sanders, Warren, and moderator Abby Phillip – but the moderators did not ask anything related to abortion, LGBT issues, or religious disputes.

Buttigieg, a pro-abortion politician in a same-sex “marriage,” used a question about his qualifications to tackle America’s problems as an opportunity to make the case that his supposed religiosity would be an advantage. “If a guy like Donald Trump keeps trying to use religion to somehow recruit Christianity into the GOP, I will be standing there he said.

Buttigieg has repeatedly attempted to frame his “marriage” and politics as compatible with Christianity. He has claimed the former “has moved me closer to God,” and misrepresented Scripture as suggesting that “life begins with breath,” for which his own brother-in-law Rhyan Glezman labeled him a “a “modern-day pharisee” who has “manipulated” and “weaponized” Scripture in the name of politics.

Warren, meanwhile, worked a brief acknowledgement to transgenderism into her closing statement.

“So much is broken in this country. I sat here in the break and just made notes about many of the things we didn't get to talk about tonight,” she said. “How the disability community is struggling for true equality; how gun violence and active shooter drills worry every mother in this country; how children are living in poverty and seeing their life chances shrink; how transwomen, particularly transwomen of color, are at risk; black infant mortality; climate change that particularly hits black and brown communities; people who are being crushed by student loan debt; farmers who are barely holding on; people struggling with mental illness.”

Warren has garnered a reputation during the campaign for similar virtue signaling. She displays her “preferred pronouns” on social media as a show of solidarity with transgender activists, declares that “trans,” “nonconforming,” and “non-binary” women of color to be the “backbone” of American democracy, has vowed to wear a pink Planned Parenthood scarf to her inaguration if elected, and most recently called for placing gender-confused male criminal convicts in women’s prisons.

Everyone in the current Democrat field is running as an uncompromising liberal on abortion and LGBT issues. Biden currently leads the field with 27.2 percent in RealClearPolitics’ national polling average, followed by Sanders at 19.2 percent, Warren at 16 percent, and Buttigieg at 7.2 percent.