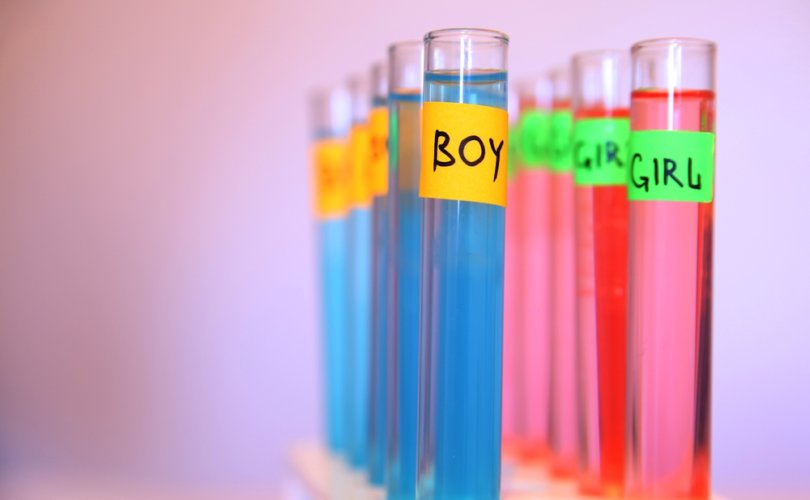 INDEPENDENCE, Ohio, March 13, 2018 (LifeSiteNews) – The for-profit Assisted Reproductive Technology (ART) industry that creates babies for infertile couples is nothing but a scourge on humanity, an obstetrician-gynecologist of 36 years indicated to attendees at a pro-life convention on the weekend.

The ART industry takes advantage of women desperate for children, it commodifies human life by putting a price tag on it, and, most concerning, it destroys countless numbers of tiny humans it has created in the laboratory, said Dr. Lester Ruppersberger, immediate past president of the Catholic Medical Association, at the Bringing America Back to Life convention last Friday in Cleveland, Ohio. The comprehensive pro-life conference was presented by Cleveland Right to Life.

The ART industry has money and popularity, Ruppersberger said. This fuels the exploitation of women and their bodies and brings more and more disturbing reproductive technologies to the forefront.

The doctors outlined how much of the industry is unregulated. Its level of success is nominal. Certain aspects of the so-called “treatment” carry serious risks physically as well as psychologically to both mother and conceived child. There is also the various legal issues that crop up when people begin fighting over who owns and has the right to decide what to do with frozen fertilized eggs (which are, in fact, tiny humans).

He outlined how the industry destroys so much human life. There’s the loss of countless “created” pre-born children every year through “selective reduction” when multiple implantations occur, “defective” embryos “discarded” for varying reasons, and frozen embryos not surviving the thawing process.

The flip side of women desperate to have children is those who treat fertility as a disease, as something to manage with pills, inserts, and injections. Ruppersberger emphasized that fertility is a gift and not a disease.

The disease falsehood fuels the contraception and abortion industries, he said. This is because when a woman becomes pregnant while taking a pill to avoid it, she suddenly has a ‘problem’ that needs to be eliminated.

The mindset created by contraception that disregards fertility and life as a gift has direct implications in the area of ART, where life is now commodified and exploited.

“Having babies is not an intimate, relationship-oriented blessing (with ART),” Ruppersberger said. “It’s a commodity.”

“I’m going to go to the store, and I’m going to buy one,” he said. “And the store is the ART office, and the buying is the $12,000 that you write the check for it … or they put you on a payment plan and you pay it off like a mortgage, and maybe your insurance company will cover some of it.”

“It’s not women’s healthcare,” Ruppersberger stated. “It’s not authentic, it’s not healthy for women, but you get somebody that’s desperate.”

The desperation factor is so powerful, he said, and some women want a baby so badly they will do anything, let anyone manipulate them, abuse them, operate on them, stick needles in them, give them drugs, pump them with hormones and spend any amount of money, just so they could have a baby.

This is objectifying the child as with when a child is unwanted in an unplanned pregnancy, but likewise in those cases, the mother, or potential mother, needs compassion, understanding, and correct information.

“If you bought an airline ticket and you were taking your family to Disney, and you went to the airport terminal, and you were getting on the plane and the agent said to you, “Well we only land successfully 30% of the time  … uh, but you’re in Row-4.”

“Are you gonna get on the plane?” he asked.

In contending with desperate would-be parents, Ruppersberger has the unique sum of experience combining his medical training, the clinical practice aspect and also personal experience with infertility challenges when trying to have children.

When someone is so desperate for children that they disregard the huge cost, low success rate, and medical risks – how do you reach them when there are souls potentially at risk, theirs and those of pre-born children they may create or procure?

“You love them,” Ruppersberger told LifeSiteNews.

“Follow Jesus’ method,” he said. “Most of the time, if you look in the bible and people confront him, he doesn’t get defensive – He asked a question.”

“And they don’t have the fullness of the truth,” said Ruppersberger, “and you do.”

“Sometimes when they’re giving you their answer, they’re going to say they’re non-fullness of the truth, and that’s your door of entry into their heart,” he said.

“If you can engage in that discussion, there will be an opening,” added Ruppersberger. “And it’s only through the Holy Spirit that that opening will be revealed to you.”

People facing these struggles are frequently wounded and suffering.

He recommends that people desiring to become involved in this issue contact their Respect Life committee at the parish level, bring it up with their bible group, have their parent-teacher organization bring in speakers at age-appropriate levels in high school, engage youth groups and youth ministries in the issue and get involved in crisis pregnancy centers.

While the doctor is in a position to present on the topic large-scale at conferences such as Bringing America Back to Life, that scenario doesn’t apply to everyone. But even he makes use of any one-on-one chance he encounters as well.

The more people who are educated in the specifics who can engage in discussion on the issue the better.

“How did Jesus call all of the disciples and apostles?” he asked. “Hey Matthew, you want to come follow me? Hey James, how about you? Peter, does your brother want to come too? So he called one at a time.”

“You’d like to do 800 or a thousand at once,” he said, referencing the Cleveland Right to Life conference, “but it may be one at a time.”

Ruppersberger’s presentations from Bringing America Back to Life, “The New Reproductive Science,” and ”Evidence-Based Ethics Contraception/NFP,” will be available on the convention website along with the rest of the roster of speakers.