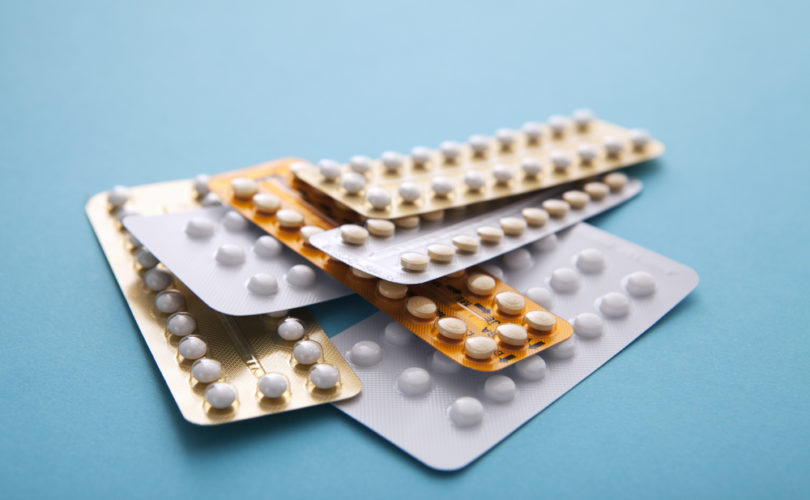 CALGARY, Alberta — After a doctor received national flak for refusing to prescribe contraception in a Calgary walk-in clinic, an Alberta pharmacist and a British Columbia doctor have risen to her defense.

“I commend her on her stance and courage,” clinical pharmacist Denis Nawrocki, a member of Pharmacists for Life International, told LifeSiteNews. “She has every professional right to exercise her conscience and keep to her convictions. Congratulations are in order.”

The story broke last week that Dr. Chantal Barry of the Westglen Medical Centre in Calgary does not prescribe ‘the pill’ after one irate woman posted to her Facebook account a picture of a sign on the facility’s front desk.

“Please be informed that the physician on duty today will not prescribe the birth control pill,” the sign reads.

“I was shocked and outraged,” Joan Chand’oiseau, 45, who posted the picture to Facebook, told Postmedia News. “I don’t think her belief system should have any part in my reproductive health.”

According to a policy from the province’s College of Physicians and Surgeons, physicians can choose “not to provide” treatments or procedures “because of his or her moral or religious beliefs” but they must ensure the patient is “offered timely access” to another practitioner who can provide information about those services.

A receptionist at the Westglen Medical Centre told LifeSiteNews that Dr. Barry is not taking calls on her stance.

Dr. Philip Ney, a MD FRCP(C) and a retired psychiatrist from Victoria, B.C., told LifeSiteNews that refusing to provide contraception is not simply about conscience rights, but about practicing good medicine.

“The voluntarily accepted mandate of every doctor is to practice evidence based medicine at all times,” he said. “A doctor exercises their conscience by insisting they will not be pressured to practice bad medicine.”

Oral contraceptives have been labeled by the World Health Organization a Group One carcinogen, the highest classification, for cancers of the breast, cervix, and liver.

Health Canada revealed last year that Yaz and Yasmin birth control pills — produced by Bayer — have been directly linked to the deaths of at least 23 Canadian women since 2007, one of them 14 years old. Many of the victims died suddenly and unexpectedly from blood clots, a known risk factor for the pill. There are class-action lawsuits in both Canada and the U.S. against manufacturers of the pill for the harm and death inflicted on tens of thousands of women.

Not only can the pill harm women, it can also destroy a newly conceived life inside the woman’s body. Manufacturers of hormonal contraceptives make it clear in their product monographs that if ‘the pill’ does not prevent ovulation, and if it does not sufficiently thicken the cervical mucus to prevent sperm from reaching the ovum, then it can act by changing the woman’s uterine wall to prevent implantation of a newly conceived human life.

Dr. Ney said the pill’s anti-implantation effect is “as much an abortion as suction-curettage.”

He said evidence against the pill suggests that a doctor is “practicing good medicine” by refusing to provide patients with contraceptives.

“Instead of hiding behind conscience [rights], Dr. Barry should boldly assert she is practicing good medicine and will continue to avoid prescribing contraceptives until there is very good evidence that they are good for her patients,” he said.

Dr. Ney suggested that those needing to regulate births should consider fertility awareness methods such as Billings, which he said is “just as effective, less harmful, and much cheaper than contraceptives.”