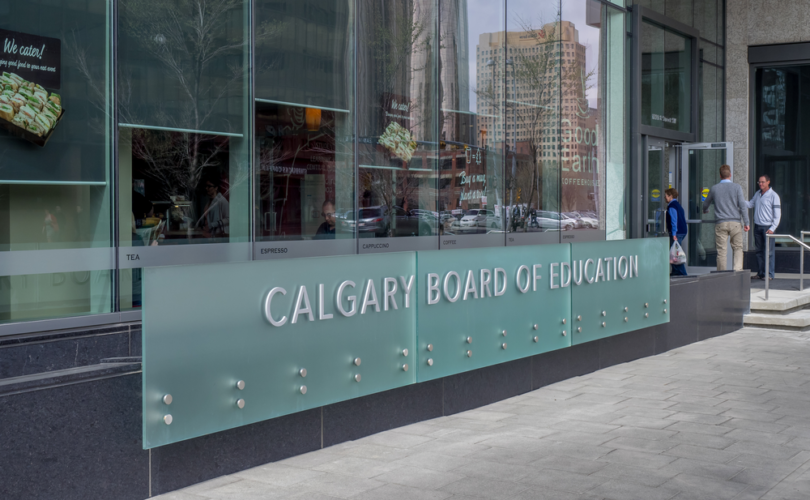 (LifeSiteNews) — The Calgary Board of Education condemned the upholding of “self-control” as a “necessary virtue” in sixth-grade sex education, claiming such an ideal is detrimental to “healthy” sexuality.

“The idea of ‘self-control is a necessary virtue’ is a heavily faith-based concept that erodes the ability to learn about healthy sexual relationships,” the board wrote in a Draft Curriculum Review Briefing submitted to the Regular Meeting of the Board of Trustees on March 8 as part of its criticisms of Alberta’s current  K-6 curriculum.

A review of the current curriculum’s “physical education and wellness” section for Grade 6 shows that “self-control is a necessary virtue” is a verbatim theme of the curriculum. The overview of sixth grade teaching about “human reproduction” adds that “It is important to think clearly before giving consent to anything that may have long-term physical, emotional, or social consequences.”

The board further accused the curriculum’s teaching on “sexuality” of being “presented in a heteronormative way,” and of involving “faith-biased understandings” such as that which refers to pregnancy as a “natural process” while categorizing birth control as “artificial.”

In a section on the Social Studies curriculum component, the board decried the “notable absence of any content relating to the perspectives and experiences of LGBTQ2S+ communities,” claiming that such omissions “creat[e] a misconception” that such people “do not exist or are in some way inferior.”

According to Canada’s Cape Breton University, 2S refers to “Two-Spirit,” “an important term within some Indigenous cultures” that refers to “a person with both a feminine and a masculine spirit living in the same body.”

The board also took aim at what it considered to be the excessive focus on both Christianity and general religion in the K-6 curriculum.

“The draft curriculum offers a Christian-dominant narrative that positions Christianity as both central and factual where others are presented as beliefs,” the board wrote. They cited as an example the statements, ‘Jews believe in one God’ vs. ‘Jesus Christ is the son of God.’”

In addition, the board complained that the curriculum had a “disproportionate focus on religion and religious content,” which they believe is “inappropriate for the public primary school setting.”

They emphasized the importance of the children’s “understanding of multiple perspectives,” and suggested that religious studies should be taught in high school because at this age, “children can grasp the complex societal functions of religious institutions.”

Alberta’s curriculum implementation advisory group “is made up of school board trustees, superintendents and some teachers who are piloting the curriculum,” according to Global News.

Carla Peck, a social studies professor at the University of Alberta who has worked on previous curricula, believes the implementation group is moving forward too quickly with the implementation of a new curriculum and is ignoring concerns being raised.