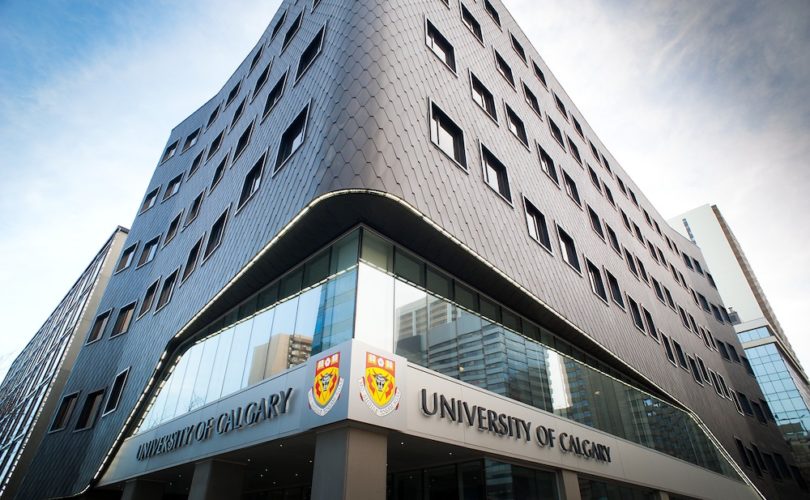 CALGARY, Alberta — Seven pro-life students at the University of Calgary have won a significant battle after the university said Tuesday it has quashed the “non-academic misconduct” charges the students were given in 2010 over their display of abortion-victim imagery on campus.

Pro-life students have been running the Genocide Awareness Project at the University of Calgary since 2006, but in 2008 the university began cracking down on the pro-life events that ran twice a year for two days at a time, demanding that the students set up the display with signs facing inward so that passersby could not see the message.

“We hope that other universities will take note.”

But the students ignored the university’s requirement, and were eventually threatened with arrest for “trespassing” on school property.

In 2010, the university found them guilty of “non-academic misconduct” for continuing the display with signs facing outward. The students appealed the decision in 2011, but the university’s Board of Governors upheld the verdict without scheduling a hearing to listen to the students’ appeal.

The students then submitted their case to the Alberta Court of Queen’s Bench last year with the goal of having the charges against them overturned.

The court ruled in April that the Board of Governors’ decision against the students was “unreasonable” and lacking “justification, transparency and intelligibility.” The court stated that in dealing with the students, the university failed to take into account “the nature and purpose of a university as a forum for the expression of differing views.”

In response to the court decision, the Board of Governors stated on Tuesday that not only has it granted the appeal of the students, but the 2010 “misconduct” charges have been “quashed” and removed from the students’ files.

John Carpay, president of the Justice Centre for Constitutional Freedoms and the students’ lawyer, told LifeSiteNews that the case will encourage free speech not only for pro-life students, but for all students “across the country.”

“I commend the students for taking a strong and courageous stance, even when threatened with expulsion from the university. Were it not for their courage and persistence, the [University of Calgary] would have succeeded in reducing the free expression rights of all students,” he said in a press release.

Rebecca Richmond, executive director of the National Campus Life Network, told LifeSiteNews that while she is pleased with the decision she “regrets that it took a court battle and several years to convince the university to finally do the right thing.”

“We hope that other universities will take note,” she said.