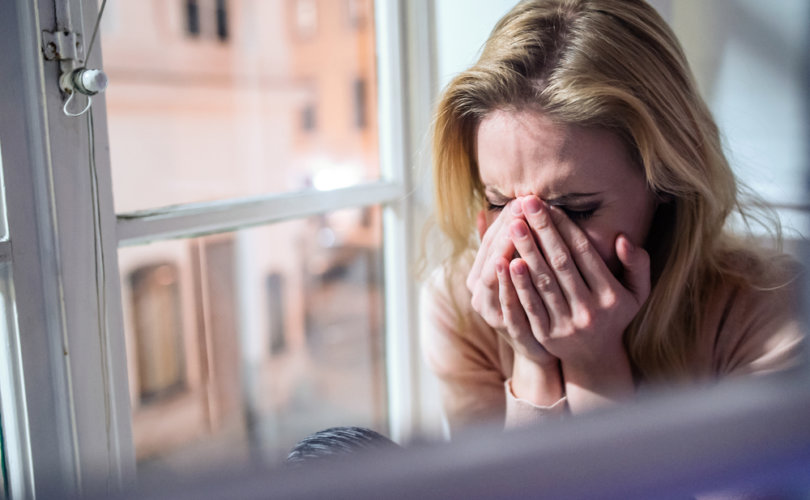 The abortion pill – “medication abortion” or “chemcial abortion” – is actually two pills, one to deprive a developing pre-born baby of the nutrition he needs and then one to induce contractions. The first pill is mifepristone, the second misoprostol. Chemical abortions are used on babies younger than nine or 10 weeks old.

The movie Unplanned, which portrayed Abby Johnson’s conversion from Planned Parenthood director to pro-life activist, showed the bloody reality of this abortion method, which is usually completed at home in a bathroom without medical supervision. Students for Life of America (SFLA) blasted California’s new law as forcing “all public colleges to assist with dangerous toilet bowl abortions.”

“Student fees underwrite the costs of the healthcare centers on campuses, which will now be required to distribute deadly chemical abortion pills,” explained Kristan Hawkins, President of SFLA. “And healthcare professionals will also be forced to hand them out no matter the consequences to women’s health, but Students for Life of America will make sure to connect these victims of conscience right violations with legal help to stop the spread of a bad idea that is only good for propping up abortion vendors like Planned Parenthood.”

“Women will lose, as the abortion lobby makes bank. This law includes funds that can go to Planned Parenthood for ‘consulting’ and new funds for ‘security,’ allowing the nation’s number one abortion vendor to sit back and cash checks, enjoying the chaos of abortions taking place at schools without any of the risk,” said Hawkins.

“The state already met requirements that said the bill would be implemented ‘only if’ a total of at least $10,290,000 in private money is made available to…fund the services by January 2020,” The Hill reported.

Medication abortions can be reversed using the abortion pill reversal protocol. The abortion lobby, including the American Medical Association, is suing North Dakota over its new law mandating that women be informed of this possiblity before beginning their abortions. Kansas Gov. Laura Kelly, a Democrat, vetoed similar legislation in April 2019.

“After three years of working to expand access to medication abortion at our public universities, I am thrilled that Governor Newsom rejected the misguided paths that other states have taken in limiting access to abortion care [sic],” she said. “Abortion is a protected right, and it is important that everyone – including college students – have access to that right, if they so choose.”

Had the bill not passed, Leyva said in a press release, students might have had to miss class to obtain abortions. Not having abortion available on campus could “hinder the well-being and academic success of college students, disproportionately impacting students of color and low-income students,” she claimed.