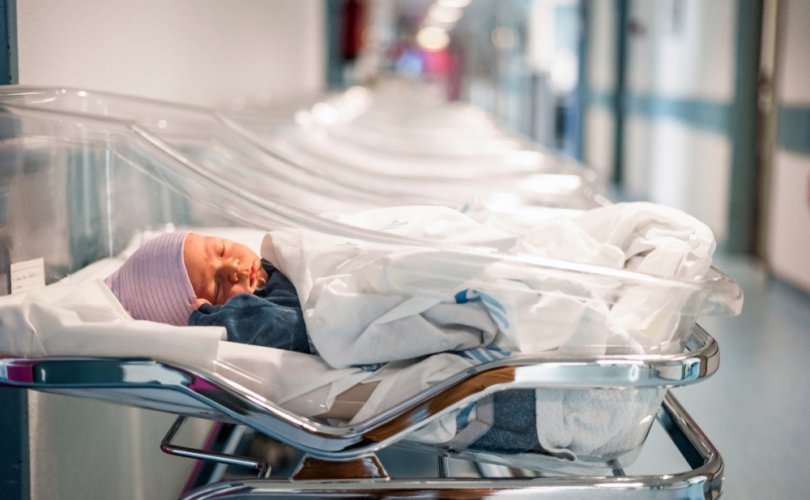 The article did not make mention when initially published of an April 6 amendment to the bill that qualified the phrase “perinatal death” by adding the words: “due to a pregnancy related cause.” Pro-life attorneys have told LifeSite the amended bill still raises concerns about decriminalizing infanticide. Read more here

SACRAMENTO, California (LifeSiteNews) — Lawmakers in Democrat-controlled California advanced a controversial piece of legislation that pro-life groups and attorneys warned could legalize infanticide for weeks or even years after a baby is born.

Wicks wrote in the bill analysis that “AB 2223 protects reproductive freedom by clarifying that the Reproductive Privacy Act prohibits pregnancy criminalization and creates a private right of action for people whose rights have been violated to seek accountability using civil courts.”

“It would also remove outdated provisions requiring coroners to investigate certain pregnancy losses and ensure that information collected about pregnancy loss is not used to target people through criminal or civil legal systems,” Wicks wrote.

The updated language of the law states that a “person shall not be subject to civil or criminal liability or penalty, or otherwise deprived of their rights, based on their actions or omissions with respect to their pregnancy or actual, potential, or alleged pregnancy outcome, including miscarriage, stillbirth, or abortion, or perinatal death.”

Wicks has argued that the legislation would apply to pregnant women who she says would “not be prosecuted for losing or miscarrying a baby” or for a “tragic situation during pregnancy.”

“Parents should not be be criminalized for a tragic loss,” the assemblywoman argued.

While Wicks and other proponents of the bill have argued that the provision barring the investigation of perinatal death is intended to prevent the criminalization of mothers whose babies died naturally, the language has raised alarm bells among attorneys and pro-life advocates.

Thomas More Society special counsel Charles LiMandri, a partner at LiMandri and Jonna LLP who earned his law degree at Georgetown University in Washington, D.C., told LifeSiteNews in an email late last month that the altered language would allow for “the brutal murder” of babies weeks, months, or even years “after they are born.”

According to LiMandri, the proposal “exposes the false narrative that the abortion lobby has been peddling for over half a century: that no one knows when life begins, and babies in their mothers’ wombs feel no pain. No sane person can deny that a newborn infant is a fully developed human being, one that is capable of feeling intense pain. Yet, by including ‘perinatal’ in its provisions, [the bill] would authorize the brutal murder of these infants even after they are born.”

LiMandri noted that the definition of the term “perinatal” varies, spanning weeks or even years after an infant is born.

He cited MedicineNet, which puts the definition of “perinatal” at ending “one to four weeks after birth,” as well as the government definition of the phrase via PubMed.gov, which states, “The perinatal period, broadly defined, encompasses the time frame from … 18 to 24 months after the birth of the child.”

Similarly, Attorney Susan S. Arnall of the Right to Life League explained that “AB 2223 literally decriminalizes infanticide — the killing of babies up to a month old and maybe older. It does this by eliminating civil and criminal penalties for abortions, including ‘perinatal death.’ The bill doesn’t define the term ‘perinatal’ – but it doesn’t have to.”

Battles over pro-life and abortion legislation have ramped up in recent months in anticipation of the U.S. Supreme Court’s ruling in Dobbs v. Jackson Women’s Health Organization.

The crucial case currently on the Supreme Court docket concerns Mississippi’s 15-week abortion ban and could see the federal “right to abortion” overhauled or overturned this summer, permitting pro-life states to severely restrict or even ban abortion outright.

Pro-life lawmakers in Republican-led states, including Texas , Idaho, Florida, Oklahoma, and South Dakota, have proposed or enacted measures to restrict or ban most abortions in anticipation of the Supreme Court ruling.

Meanwhile, Democrat-led states have moved to broaden abortion access and invite women in pro-life states to travel to their states to obtain abortions.

RELATED: Colorado legalizes abortion until the moment of birth