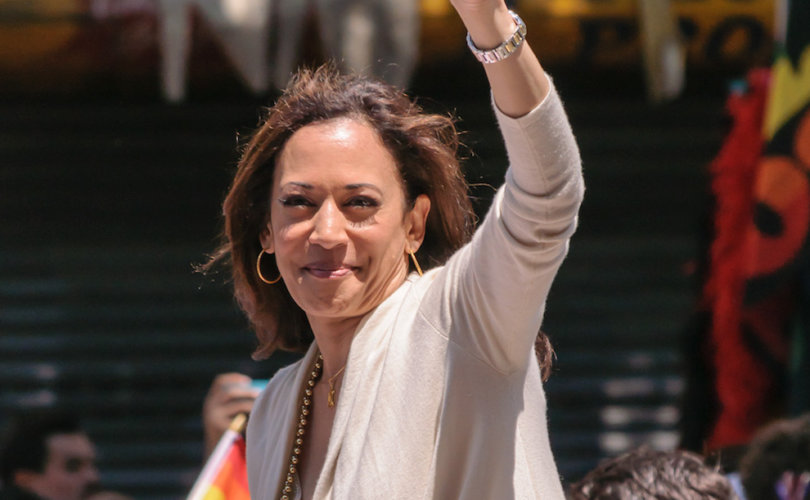 SACRAMENTO, California, April 6, 2016 (LifeSiteNews) – The Attorney General of California, who is investigating David Daleiden for allegedly breaking state law, has received thousands of dollars from Planned Parenthood and hosts a petition on her campaign website asking voters to join her in “defending Planned Parenthood.”

Kamala Harris, who was first elected in 2010, is now seeking the U.S. Senate seat being left vacant by Barbara Boxer.

She received $15,000 from five Planned Parenthood-affiliated PACS in 2014, according to ElectionTrack.com.

In this election cycle, Harris has raised nearly three times as much money as her closest rival, Democratic Rep. Loretta Sanchez.

That total includes $254,370 thus far from groups dedicated to “women's issues,” and a $5,000 donation from EMILY's List to the Kamala Harris Victory Fund.

Harris has also collected signatures asking federal authorities not to defund the nation's largest abortion provider. “Voting to strip federal funding from an organization that provides vital health services to 2.7 million Americans is the epitome of dysfunction,” her campaign website says.

“Once again, we need you to take a stand and join Kamala in defending Planned Parenthood,” it continues. “Sign our petition to protect this organization and the important work it does.”

Harris promised to investigate the Center for Medical Progress, which incorporated its faux biomedical company “Biomax,” in California.

But as civil lawsuits piled up in California courts, abortion figures prodded Harris to go forward with a criminal investigation. A Los Angeles Times reporter, Robin Abcarian, wrote in an opinion piece, “What is Atty. Gen. Harris waiting for? I'd sure love to know.”

“Harris can’t even pretend to be objective in this case,” said Lila Rose, the president and founder of Live Action, where Daleiden got his start.

“It’s clear why – while executing a search warrant on the whistleblower – she won’t also 'search’ the huge amount of video footage showing Planned Parenthood’s potentially illegal activity and open an investigation into that,” she said.

David Daleiden referred to one of the California-based Planned Parenthood figures he captured on video. Dr. Deborah Nucatola, the director of medical services for all Planned Parenthood facilities, also described altering the abortion procedure to harvest the best fetal organs in her Los Angeles offices.

“I guess ‘Crush below, crush above, and see if I can get it all intact,’ and ‘less crunchy techniques’ of abortion for baby parts harvesting have the full support of Attorney General Kamala Harris in California,” Daleiden said, according to The Washington Times.

If charges are filed, it will be the second investigation of Daleiden to emerge under the cloud of campaign donations. A Houston-area grand jury indicted Daleiden and CMP investigator Sandra Merritt earlier this year for using a false ID. The Harris County District Attorney, Devon Anderson, has a close and longstanding relationship with Chip Lewis, an attorney who has represented abortionist Douglas Karpen.

Lewis donated more than $25,000 to Anderson. Karpen was not indicted for allegedly twisting the heads off of newborn babies, and other of Lewis' clients have gotten reduced sentences. Local observers say the relationship gives the appearance of impropriety.