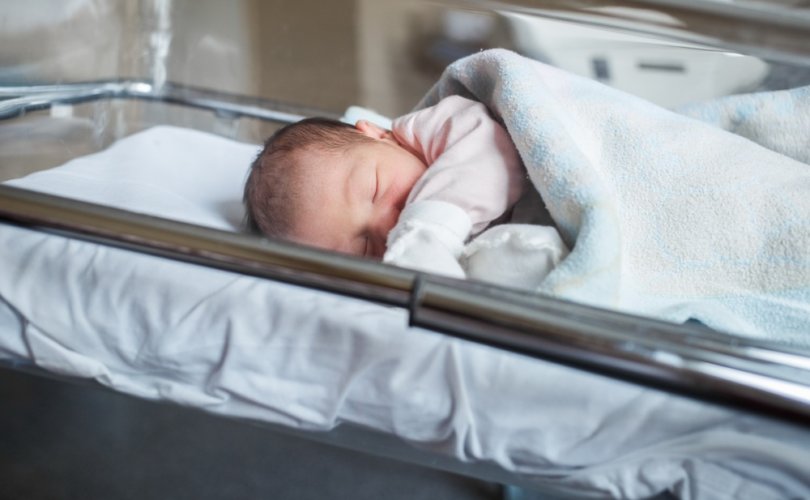 SACRAMENTO (LifeSiteNews) — A gruesome new pro-abortion bill proposed in California could legalize infanticide for weeks, months, or even years after a child is born, an attorney with the Thomas More Society told LifeSiteNews.

AB 2223 was introduced in February as a placeholder for future legislative language amid a raft of pro-abortion proposals advanced by lawmakers, following radically pro-abortion Democrat Gov. Gavin Newsom’s promise to make California a “sanctuary” for abortion, Right to Life League reported.

“AB 2223 literally decriminalizes infanticide — the killing of babies possibly up to two months old. It eliminates civil and criminal penalties for abortions including “perinatal death.” The bill doesn’t define the term “perinatal” – but it doesn’t have… https://t.co/J7NQUUFnkg pic.twitter.com/rn3ZXqQQGW

Under the new language, a “person shall not be subject to civil or criminal liability or penalty, or otherwise deprived of their rights, based on their actions or omissions with respect to their pregnancy or actual, potential, or alleged pregnancy outcome, including miscarriage, stillbirth, or abortion, or perinatal death.”

Thomas More Society Special Counsel Charles LiMandri, a partner at LiMandri and Jonna LLP who earned his law degree at Georgetown University in Washington, D.C., told LifeSiteNews in an email Saturday that the altered language would allow for “the brutal murder” of babies weeks, months, or even years “after they are born.”

According to LiMandri, the proposal “exposes the false narrative that the abortion lobby has been peddling for over half a century:  That no one knows when life begins, and babies in their mothers’ wombs feel no pain. No sane person can deny that a newborn infant is a fully developed human being, one that is capable of feeling intense pain. Yet, by including ‘perinatal’ in its provisions, [the bill] would authorize the brutal murder of these infants even after they are born.”

LiMandri, an author and lecturer who has appeared and been published nationally and internationally, noted that the definition of the term “perinatal” varies, spanning weeks or even years after an infant is born.

He cited MedicineNet which puts the definition of “perinatal” at ending “1 to 4 weeks after birth,” as well as the government definition of the phrase via PubMed.gov, which states: “The perinatal period, broadly defined, encompasses the time frame from … 18 to 24 months after the birth of the child.”

The attorney also pointed out the legislation, if approved, “would violate the federal ‘Born-Alive Infants Protection Act’ of 2002, that extends legal protection to an infant born alive after a failed attempt at induced abortion.”

The Born-Alive Infants Protection Act was signed into law in 2002 by President George W. Bush and “[d]irects that in determining the meaning of any Act of Congress or of any ruling, regulation, or interpretation of the various U.S. administrative bureaus and agencies, the words ‘person,’ ‘human being,’ ‘child,’ and ‘individual’ shall include every infant member of the species homo sapiens who is born alive (as defined in this Act) at any stage of development.”

In addition to violating the 2002 federal law protecting babies born alive after botched abortions, LiMandri told LifeSiteNews the California proposal “also violates Article 1, Section 1, of the California Constitution, which provides that: ‘All people are by nature free and independent and have inalienable rights. Among these are enjoying and defending life and liberty, acquiring, possessing, and protecting property, and pursuing and obtaining safety, happiness, and privacy.’”

“Therefore, if this evil Bill were to become law, we would immediately attack and defeat it [in] the courts,” LiMandri said.

This isn’t the first or only radical pro-abortion bill introduced in California in recent weeks.

“With this legislation, we’ll help ensure equitable, affordable access to abortion services so that out-of-pocket costs don’t stand in the way of receiving care,” Newsom said in a statement.

Last week, Democratic state Sen. Nancy Skinner of California proposed a bill to create a fund for low-income Californians and women traveling from pro-life states like Texas to abort their unborn babies.

According to Skinner’s Senate webpage, “SB 1142 would establish a first-of-its-kind fund composed of state and philanthropic dollars that would significantly increase funding for abortion services for low-income Californians and for out-of-state residents who may come here for an abortion.”

The moves come after Newsom promised California would be a “sanctuary” for abortion as numerous right-leaning states throughout the country have enacted laws restricting or banning the procedure.

Last year, Republican Gov. Greg Abbott signed the Texas Heartbeat Act into law, banning abortions after about six weeks gestation in the Lone Star State, sparking copycat legislation and generating national controversy. The life-saving law, which has reportedly reduced Texas abortions by 60%, has so far been upheld by both the Texas Supreme Court and the U.S. Supreme Court.

Battles over pro-life and abortion legislation have ramped up in recent months in anticipation of the U.S. Supreme Court’s ruling in Dobbs v. Jackson Women’s Health Organization. The crucial case currently on the Supreme Court docket concerns Mississippi’s 15-week abortion ban and could see the federal “right to abortion” overhauled or overturned this summer, permitting pro-life states to severely restrict or even ban abortion outright.