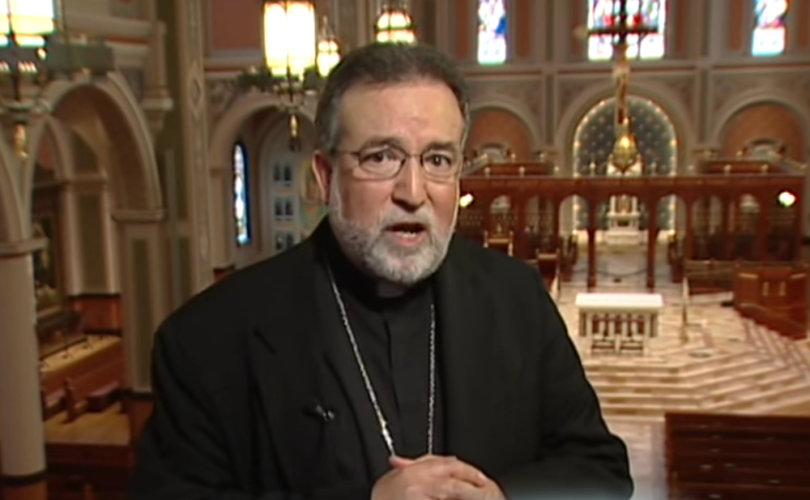 SACRAMENTO, California, December 20, 2016 (LifeSiteNews) – The Catholic bishop of Sacramento has set aside a special day in his diocese to make amends for abortion and to pray for its end in the U.S.

Bishop Jaime Soto called for the clergy and laity of the Sacramento diocese to “join him in cooperating with God’s merciful grace” by fasting, praying, doing penance, and performing works of mercy on January 23, the official observance of the 44th anniversary of Roe v. Wade.

The 1973 Supreme Court decision legalizing abortion on demand has “so marred” the nation, the bishop said in a December 13 letter to the faithful in which he called the ruling “lamentable.” The letter laid out plans for a several days of observances in the diocese for the Roe v. Wade anniversary.

Highlighting the proximity of the anniversary date to the upcoming inauguration of President-elect Donald Trump, Bishop Soto recognized the potential legislative changes in the impending Trump administration with regard to the life issue and expressed hope for the Day of Reparation to effect a return for the Culture of Life in the U.S.

“This observance will fall only a few days after the inauguration of the new president, President-elect Donald Trump,” he said. “Even now, we should make intercession for the newly elected president, his administration, the Congress and members of the Supreme Court.”

“May our prayers, acts of penance, public witness, and works of charity on these days help restore a culture of life and a civilization of love to our country, so marred by the Court decision of Roe v. Wade and other assaults on human dignity.”

Bishop Soto asked clergy in his diocese to “pray and preach for a merciful end to abortion and a revived promotion of the gospel of life” on the actual anniversary date of January 22, which falls this coming year on a Sunday.

He gave them permission to use a special rite in the Roman Missal titled “Giving Thanks to God for the Gift of Human Life.” And he requested that his priests encourage Catholics to observe the January 23 Diocesan Day of Reparation.

In addition, Bishop Soto encouraged Catholics to attend the Walk for Life West Coast in San Francisco on January 21 and invited priests to concelebrate with him at a special Cathedral Mass that Sunday. A Choose Life educational program will be offered as well on the Day of Reparation for youth leaders in the diocese’s Catholic middle and high schools.

Bishop Soto has also publicly defended the Church’s teaching on marriage and sexuality in the past through statements and administrative action. He previously established a day of reparation for his diocese on the anniversary of Roe v. Wade.