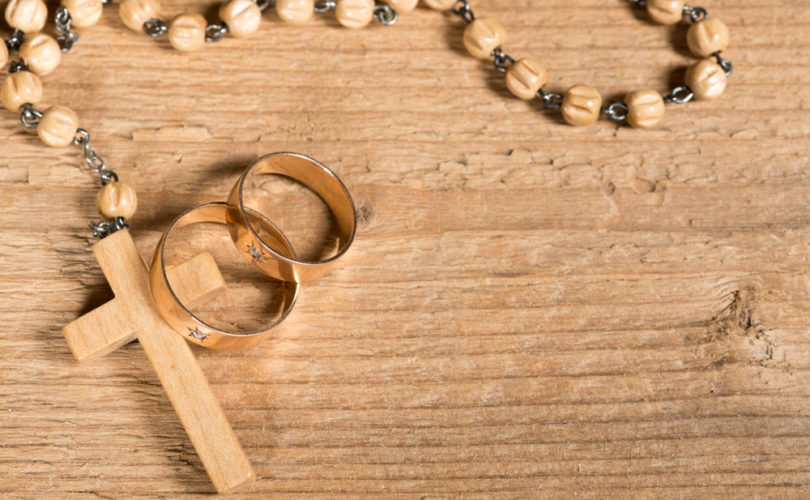 CALIFORNIA, April 25, 2018 (LifeSiteNews) – After a few days of silence regarding the California Assembly’s proposed bill AB 2943, which could result in the ban of books aimed at helping people with unwanted same-sex attractions, the state’s Catholic bishops issued a statement against the controversial legislation.

“The bill is inappropriate, too broad and unnecessary,” the bishops said.

Could a California bill ban Christian teaching on homosexuality? – The Angelus https://t.co/YDXT1Jymxf To access an email voicing your opposition visit https://t.co/dCsMz230kS

“AB 2943 would add the vague phrase ‘sexual orientation change efforts’ to the section of the Civil Code which otherwise permits lawsuits for misrepresentations made in connection with the sale of items like furniture, repair services, rebates and discounts,” explains the bishops’ statement.

The proposed legislation “would take something completely intangible – ‘sexual orientation change efforts’ – and add it to the CLRA (the Consumer Legal Remedies Act),” they continue. “Regardless of views about sexual orientation therapy (the practice is already illegal for juveniles), why would proponents wish to take away the freedom of adults to seek counselling about such an existential issue?”

National Review’s David French, an attorney who focused on religious liberty while with the American Center for Law and Justice (ACLJ) and Alliance Defending Freedom (ADF), wrote that by classifying the subject under prohibited “goods,” the legislation would “actually – among other things – ban the sale of books.” He added on Twitter that it was “terribly drafted.”

“At its core, AB 2943 outlaws speech,” ADF’s legal analysis of the bill reads. It says that licensed counseling, religious conferences, book sales, and paid speaking engagements could all potentially face legal penalties for promoting ways to reverse or overcome unwanted attractions or for expressing traditional Christian teachings on sexuality.

The bishops’ statement goes on:

The only type of therapy allowed under AB 2943 does “not seek to change sexual orientation.”  People are far more complicated than that.  Childhood traumas, inappropriate experiences or any number of circumstances might lead to sexual confusion.  Why does healing only support one viewpoint and not what might be right for a particular person?

The broad reach of AB 2942 leaves even simple religious speech on same-sex attraction or activities open to legal action and impinges on the basic human right of freedom of religion.  Activists are always eager to find new ways to litigate for their view.  With the ill-defined ideas in AB 2943, they would now have another avenue to bring action against faith-based speech with which they did not agree.  The implications are staggering but the opponents of AB 2943 have brushed them aside as insignificant.

According to a Catholic News Agency report, Bill May of the Marriage Reality Movement “believes that if the bill were to become law, it could result in legal issues for preachers who discuss sexuality.”

“Passage would lead to more harassment and possible legal challenges against preaching, literature, conferences and organizations that address sexual morality,” warned May.

The California bishops’ statement adds to the growing chorus of concerned religious and liberty-oriented organizations encouraging voter opposition to AB 2943. Here is a list compiled by the California Family Council: