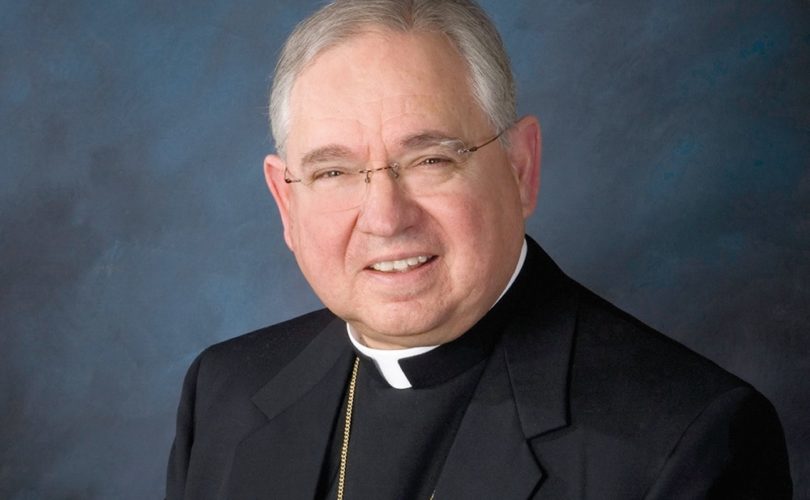 Archbishop José Gomez, the president of the USCCB

The Catholic bishops are garnering signatures for a statewide petition to take the End of Life Option Act (EoLOA) to the people. The new law legalizes killing terminally ill patients. The bishops want the law voted on by the citizens of California and are organizing the petition to create a ballot referendum in 2016.

Archbishop Gomez said the law is wrong. “How wrong this decision is will be measured in the lives that will be lost in the years to come – the lives of poor people, the elderly, the disabled, and those who are dependent on public assistance.”

“The logic of doctor-assisted suicide does not stop with the terminally ill,” the archbishop warned.

“Ordinarily the Church does not take a stand on ballot initiatives of referendum until they qualify the ballot,” explained Andrew Rivas, director of government and community relations for the archdiocese. “In this case, the California bishops believe the threat of physician-assisted suicide is so grave that the Church should participate in efforts to overturn the measure.”

The bishops must get 366,000 signatures by January 1 to put the issue on the ballot.

“When an issue comes up that attacks the sanctity of life, as California's so-called 'End of Life Option Act' does, it is our duty to become involved,” Anne Hennessy, executive director of the Right to Life League of Southern California, told LifeSiteNews.

“Just as the unborn child, who lacks the ability to speak in his own defense, can become a victim of his parents' 'choice,' the advent of assisted suicide legislation allows the elderly, the handicapped, and the vulnerable to become victims of people who stand to gain from their deaths,” Hennessy warned.

She pointed out that killing someone who is terminally ill, even if the patient asks for death, does not help the sufferer. “Assisted suicide legislation does not offer options to people who are suffering,” Hennessy said. “It removes all options, and all need for options, by ending a life before its natural time.”

The Knights of Columbus are helping the bishops' petition drive throughout the state.