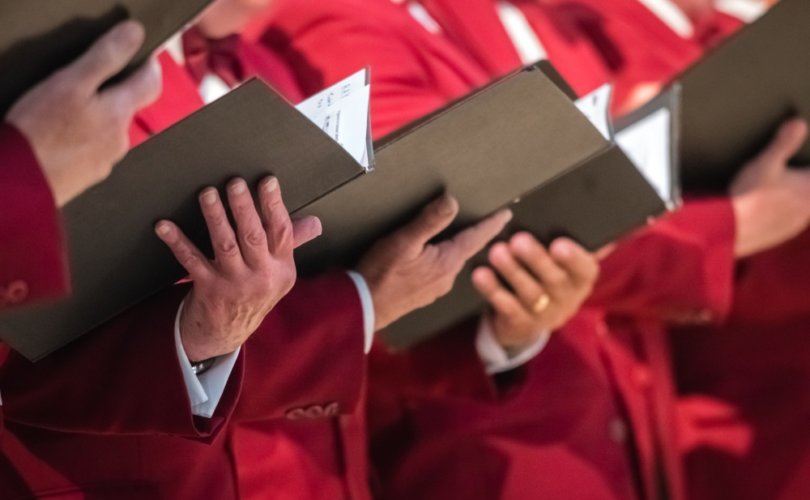 Godspeak Calvary Chapel in Thousand Oaks received $3,000 in fines for holding a total of six services across two Sundays, and North Valley Baptist Church in Santa Clara was fined $5,000 for singing during two services, the Desert Review reported.

Newsom has banned indoor religious services (along with various types of secular gatherings) in 29 counties representing 80 percent of the state’s population in the name of containing the spread of COVID-19. Numerous churches have defied the order, including Grace Community Church of Sun Valley, Cornerstone Church of Fresno, Destiny Christian Church of Rocklin, and Harvest Rock Church of Pasadena.

“North Valley Baptist is failing to prevent those attending, performing and speaking at North Valley Baptist’s services from singing. This activity is unlawful,” read a cease-and-desist letter Santa Clara County sent to the church. “The county understands that singing is an intimate and meaningful component of religious worship. However, public health experts have also determined that singing together in close proximity and without face coverings transmits virus particles further in the air than breathing or speaking quietly.”

“The county demands that North Valley Baptist immediately cease the activities listed above and fully comply with the Risk Reduction Order, the Gatherings Directive, the State July 13 Order and the State guidance,” threatened the letter, which also revealed the county had sent agents into services to spy on the proceedings. “Failure to do so will result in enforcement action by the county.”

In a video address published Monday, Pastor Jack Trieber of North Valley Baptist explained that his church bent over backward to comply with government mandates in the early days of the COVID-19 outbreak.

“We wanted to err on the side of safety, so we shut down everything” from bus ministries to Sunday school to prison ministries to rest home outreach, he said. But the area turned out not to be a hotspot, so the church eventually reopened. Even so, he stressed, North Valley Baptist still requires its congregants to wear masks and maintain social distancing while indoors.

“You can’t have any law against assembling in God’s house. None,” Trieber declared. “I know we have a Constitutional right to worship, but we have a Higher Power that we answer to. I have a biblical mandate. We have obeyed authority in this church. We’ve always obeyed authority. But when local authority begins to disregard this authority, we go with this book (the Bible) right here.”

“The same governor who encourages mass protests, bans all worship and is now fining churches for their right to assemble and worship,” said Liberty Counsel founder and chairman Mat Staver, who is representing both churches. “The same governor who says the church can meet for secular services bans the church from having religious worship. This unconstitutional hostility against religious worship must end.”

Are you willing to go to jail for the Constitution? Pastor Rob McCoy of Godspeak Calvary Church is! Tomorrow morning, he’ll stand before a CA judge who’s holding Rob in contempt. Thx for standing up for the flock and We the People! The bullies won’t win. We are with you, Pastor.

Across the world, many secular authorities have heavily restricted the right to religious assembly over COVID-19, from in-person gathering to singing to the distribution of Holy Communion, even in some cases banning people from gathering in parking lots to worship from within their individual cars.