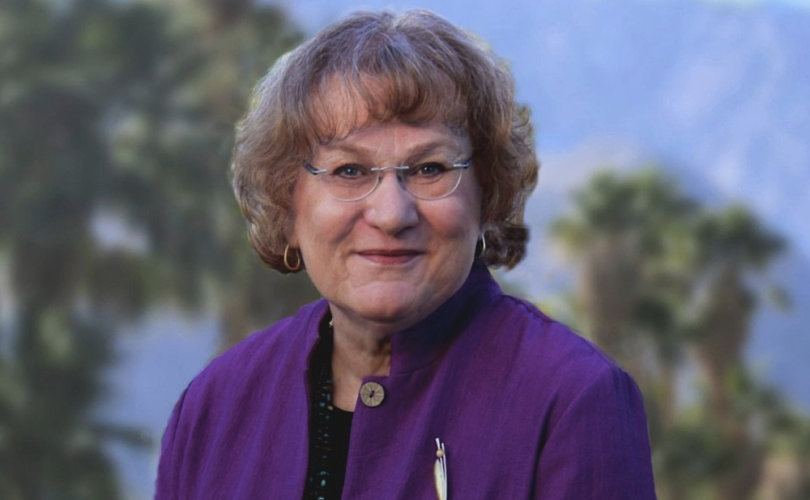 Transgendered “Lisa” Middleton and openly bisexual Christy Holstege won handily in the desert vacation town, which used to be overwhelmingly Republican but during the past two decades has become a huge “Mecca” for homosexual retirees. The two join homosexuals Geoff Kors and J.R. Roberts on the four-member council.

“The election of an all-LGBTQ+ city council is a reminder that confusion and hostility towards traditional sexual ethics is commonplace in our society,” Chelsen A. Vicari, evangelical programs director for the Institute on Religion & Democracy, told LifeSiteNews. “All the more reason for Christians to strengthen our public witness and share the moral clarity, freedom, and grace of Jesus Christ with our broken world.”

“The big question is will religious freedom be protected under an all-LGBTQ+ city council's policies and ordinances?” Vicari added. “Aiming so hard to be inclusive, Palm Springs' city council ironically lacks diversity, with no traditional or orthodox person of faith elected. This calls into question whether or not local citizens holding traditional beliefs on marriage and family will be tolerated to live according to their religious convictions without fear of consequences from their city council's adopted regulations.”

The LGBT community celebrated the victory.

“The city’s LGBT contingent is now the dominant political force — and completely in charge,” the Desert Sun reported.

“A glass ceiling for transgender people who want to serve in elected office was … broken,” Equality California's Rick Zbur said. Middleton “is paving the way for others to follow in her footsteps in California and across the nation.”

Middleton, a transgender activist from San Francisco, sought heavy funding from outside the city, hosting campaign fundraisers in the Bay area. His campaign was supported by the Transgender Law Center, the National Center for Lesbian Rights, and gay former state Senator Mark Leno.

Victory Fund CEO Aisha Moodie-Mills characterized Middleton's win as “breaking down barriers,” “historic,” and “an important milestone” that “will undoubtedly inspire other trans people to run for office and win.”

“Councilperson Middleton claims a commitment to a Palm Springs that is 'welcoming' and 'inclusive,' but these terms are often used as a cloak to communicate a message of exclusion to those who hold traditional values,” Col. John A. Eidsmoe of the Foundation for Moral Law told LifeSiteNews.  “Let us carefully observe Palm Springs to see how this plays out in practice.”

Zbur called the all-LGBTQIA+ council, “a beacon of hope that voters have embraced values of equality and inclusion.”

Middleton ran on an LGBTQIA+ platform. “I am committed to a Palm Springs that is a welcoming, inclusive and a vibrant community of neighbors,” he indicated on his campaign website.

Though he dresses like a woman, Middleton did not wear a dress to the LGBT Center's “Red Dress Party” for drag queens at Palm Springs' Ace Hotel.

For years, Middleton was a parishioner at Most Holy Redeemer Catholic Church, which is characterized as “the LGBT church.” Most Holy Redeemer is self-described as “an all-inclusive … gay friendly, LGBT-affirming Catholic church in the Castro district of San Francisco.”

David Lane of the American Renewal Project believes that more Christians should run for city councils and other elected offices.  “Pastors and their church members (must) step up into the public square,” he told LifeSiteNews  “More voters are given choices, a robust debate on the issues and the encouragement to engage in elections at every level the better our nation will be.”

Lane added that a monolithic council is determental to diversity, and an all-LGBTQIA+ council can prove “dire” for Christians' religious liberty.  “The alternative is really dire for every part of our public life, schools, taxes, rules and regulations, public safety, to name some.”

Last year, Hillary Clinton won 70 percent of the Palm Springs vote. In June, the city council issued a statement of support for the U.S. staying in the Paris climate agreement.