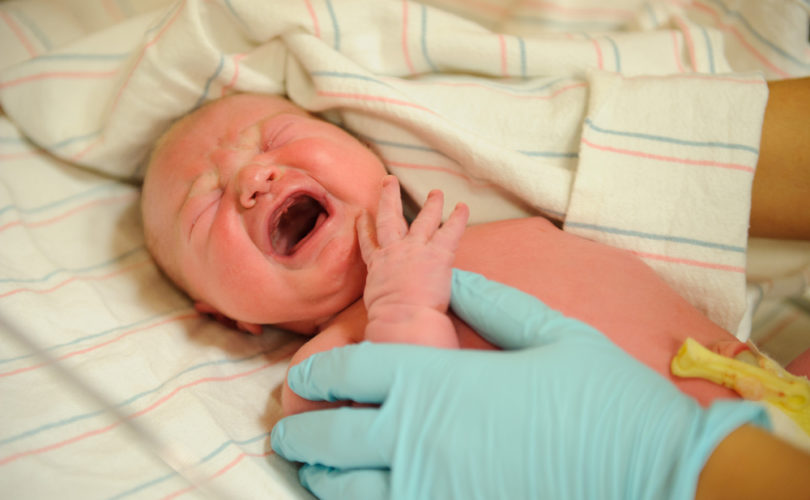 SACRAMENTO (LifeSiteNews) – Republicans in the California legislature posed new questions to backers of a bill that that legal experts warn could effectively legalize infanticide, further highlighting its extremism, though not enough to prevent it from continuing to advance.

AB 2223 says that no woman can be punished “based on their actions or omissions with respect to their pregnancy or actual, potential, or alleged pregnancy outcome, including miscarriage, stillbirth, or abortion, or perinatal death due to a pregnancy-related cause.” A previous version ended at “perinatal death,” which could be interpreted to protect infanticide, since perinatal could mean any time between one week to two full years of age.

Legal experts warn that even with that clarification, danger remains that the language could be interpreted to protect infanticide.

“The new modifying phrase may lessen the length of time during which the infanticide may occur, but it still leaves the newborn infant vulnerable to being killed by the abortionist or their partners in crime,” Thomas More Society special counsel Charles LiMandri previously told LifeSiteNews. “Since we already know that some abortion workers have either surreptitiously killed newborn infants, or left them to die without proper care, this Bill still stands to give more such criminals legal cover in the future.”

California Family Council, one of the groups raising awareness of and mobilizing opposition to AB 2223, reports in a pair of posts that last week Republicans grilled Democrat Assemblywoman Buffy Wicks, who introduced the bill, about its implications.

“There are times when an infant, a baby, is born alive after a failed abortion attempt,” Republican state Sen. Melissa Melendez said. “If you are not aware I would encourage you to google Kermit Gosnell, who went to prison because he was allowing babies to be born alive and putting them in a bucket and sticking them in a utility closet.”

“I’m trying to understand how we can make sure that nothing illegal takes place with the death of a child if an inquiry doesn’t take place,” Melendez asked Wicks. “There are going to be cases where we have no idea why the baby died. … This is really opening the door to … authorizing women to do harm to their babies and not face the consequences of the law.”

She and Republican state Sen. Shannon Grove pressed Wicks for what assurance she could give that the bill would not permit infanticide, given the lack of a specific definition for “perinatal death.”

“As a living person, they [newborns] have those rights and if something happens after birth, malpractice or murder, they can be investigated,” Wicks responded, but had to refer the specific scenario of a child surviving a botched abortion to attorneys, who “did not clearly answer the question,” accordint to CFC.

“[The bill analysis] says when a coroner does their job and determines the cause of death of a newborn, any evidence of a crime the coroner finds can’t be used (and I quote) ‘to establish, bring, or support a criminal prosecution or civil cause of action seeking damages against any person, whether or not they were the person who was pregnant with the fetus,’” testified CFC Director of Capitol Engagement Greg Burt. “So if the coroner finds evidence that the cause of death was criminal, maybe suffocation, neglect, or drowning, that be used to prosecute anyone for a crime.’ Why is that provision in there, if not to make infanticide nearly impossible to prosecute?”

AB 2223 is the worst bill I’ve seen. Ever. pic.twitter.com/BybYXTIgr4

Nevertheless, the Senate Health Committee voted 7-2 to approve AB 2223. The bill, which cleared the full Assembly in May, next moves to the Senate Appropriations Committee for consideration in August.

Concerned Californians can find additional information on AB 2223 with CFC, Real Impact, and Capitol Resource Institute, as well as a special website CFC has set up, which includes tools for tracking the bill and contacting lawmakers.