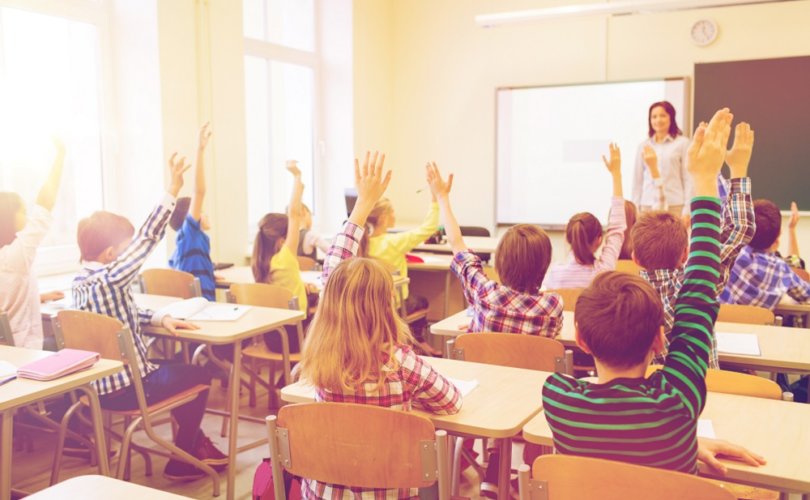 SACRAMENTO, May 10, 2019 (LifeSiteNews) — Despite appeals from pro-family organizations, the California Department of Education approved on Wednesday controversial changes to the state’s health and sex education framework.

The department ignored large protests mounted by concerned parents and taxpayers, unanimously approving guidelines for teaching courses to elementary school grades about sexual orientation, sex-trafficking, and LGBTQ doctrine. The meeting in Sacramento, the state capital, focused on revisions to the state’s sexually explicit Health Education Framework, which makes recommendations for the state’s K–12 public school health curriculum for the next ten years.

Before the meeting, about 200 people rallied at Capitol Park to denounce the revisions of the framework. Stephanie Yates of Informed Parents of California asked, “How are they helping kids find themselves when they are confusing them about who they are, or they could possibly be nothing at all.” Her organization was founded in 2018 and now has more than 20,000 members on Facebook. Filling the lobby at the building where the Board was meeting, members of the public acclaimed Yates while watching her on a live feed as she said the new revisions include pornography and political maneuvering. “This stuff should be taught at home,” she said, according to the AP.

Informed Parents of California is organizing demonstrations at local offices of the Department of Education in each of the counties across the state on the morning of May 17. The group’s flyers proclaim to state bureaucrats, “They serve us, not the other way around. They cannot use our children for their sociopolitical agendas. We will stop at nothing to protect our children.” Participants are being asked to keep their children home from school that day.

The revisions have received support from the ACLU and Planned Parenthood.

Speaking for the Department of Education and echoing Planned Parenthood talking points, Kindra Britt said, “After rising levels of sexually transmitted diseases in teenagers nationwide, this framework was created to help provide necessary education to ensure that students are equipped to make informed and educated decisions when it comes to their sexual health.” Britt also said the revisions were designed to “take the needs of our LGBTQ youth into consideration to make sure they felt safe and supported while at school.”

One of the books that has galvanized parents in opposition is titled “S.E.X.: The All-You-Need-to-Know Sexuality Guide to Get You Through Your Teens and Twenties.” Despite its depictions of sado-masochism, bondage, anal sex, and other buggery, Stephanie Gregson of the state Department of Education told the AP: “It’s an award-winning book that speaks to all of the different types of relationships that our students are engaging in.” That book and several other resources were dropped from the framework but are still not banned in the classroom. Some teachers have expressed concern over going against their conscience and that they could lose their jobs if they do not use the pronouns preferred by transgender students.

“Parents did not sign up for this type of sexual indoctrination,” said Jonathan Keller, president of the California Family Council, according to a statement on the group’s website. “The state of California should not force moms and dads to choose between participating in public school and protecting their children’s innocence. No student needs to be exposed to this graphic and explicit material. It’s child abuse.”

Several organizations have called the revisions and suggested materials “sexually explicit,” “obscene,” “offensive, reckless, and immoral.” Students are allowed to opt out of lessons about sexual health, but they are obligated to attend classes on LGBTQ issues including gender identity and discrimination, as well as same-sex “marriage,” and explain social issues such as the Supreme Court ruling on marriage. “Our priority is to make all children feel comfortable at school,” said the Department of Education in a statement, adding, “Dispelling myths, breaking down stereotypes and linking students to resources can help prevent bullying, self-harm, feelings of hopelessness, and serious considerations of suicide.”

Signed into law in 2016, the California Healthy Youth Act mandates that students in public middle and high schools must receive comprehensive sexual health and HIV prevention education. It also allows the teaching of these issues to elementary school students.