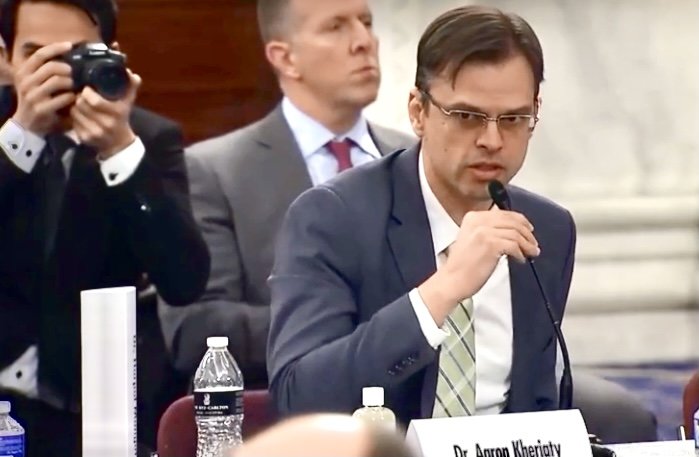 (LifeSiteNews) – A former professor of psychiatry said Monday that California physicians are afraid to give mask medical exemptions after being warned they could lose their medical license for issuing “inappropriate” exemptions.

Dr. Aaron Kheriaty, former professor of psychiatry and director of the Medical Ethics Program at UC-Irvine, explained during a U.S. Senate panel discussion hosted by Republican Sen. Ron Johnson of Wisconsin on Monday that a notice “went out to all physicians from the medical board saying any physician in the state of California who writes an inappropriate exemption for masks or other COVID related measures will have his medical license subjected to investigation and disciplinary action.”

“For a physician, this kind of threat hanging over your head is worse than the threat of getting fired. If I get fired … I can go to another health care organization, or go start a private practice. If I lose my medical license, I cannot practice medicine. That’s some serious business,” Kheriaty continued.

He further pointed out that “the letter never defined what might constitute an appropriate or inappropriate mask mandate,” and so doctors simply don’t know what kind of exemption could put their license in danger.

“So I have no idea if I write an [exemption] for a kid with a severe anxiety disorder that’s worsened by the wearing of a mask, is that gonna subject my medical license and disciplinary action?”

Kheriaty noted that the reference to “COVID-related measures” in that notice was interpreted by doctors to mean “vaccine,” and so where the jabs are concerned “it has become de facto impossible to get a medical exemption” in California.

As an example, he told the story of a patient who has an autoimmune condition. Her rheumatologist told her he thought she shouldn’t receive a COVID shot because she was at low risk of COVID, but the “data” showed that the shot “could worsen” her underlying health condition.

Kheriaty went on, “She turned to the same physician immediately afterwards and said, ‘Could you write me, therefore, a medical exemption? Because I need one for work, there’s a vaccine mandate at work.”

The very physician that recommended against the COVID jab said, “No, I’m sorry, I can’t write you a medical exemption, because I’m afraid I might lose my license.”

Dr. Paul Marik gave a moving testimony during Senator Johnson’s panel, sharing that because of COVID, “For the first time in my entire career, I could not be a doctor. I could not treat patients the way I wanted to treat patients. I had seven COVID patients, including a 31-year-old woman. I was not allowed to treat these people. I had to stand by idly watching these people die.” He then tried to “sue the system” but was accused of “outrageous crimes,” and his hospital privileges were immediately suspended.

Kheriaty was removed from his positions at the University of California, where he served for almost 15 years as professor at UCI School of Medicine and director of the medical ethics program at UCI Health, on December 17 for refusing the COVID jab.

He had previously filed a lawsuit against the school’s president and Board of Regents, asserting that those with natural immunity should not be forced to take the COVID vaccine.

He wrote about his dismissal in a blog post, noting, “No amount of empirical evidence about natural immunity or vaccine safety and efficacy mattered at all. The University’s leadership was not interested in scientific debate or ethical deliberation.“

Even when doctors issue mask medical exemptions in other parts of the world, these exemptions are frequently ignored. In one of the most egregious examples, an elderly man in Australia was arrested for failing to wear a mask as he exercised in a park despite his medical exemption. He subsequently suffered a seizure and cardiac arrest.